Being in “show biz” for over 25 years now, I have always been grateful as our business never ceases to amaze me. Our clients and team continually come up with new ideas and solutions to make their ideas reality, and you never know what you may experience from day-to-day. This past July, I had an experience like no other.

Having two teenage boys, they have heard me mention Comic-Con for years now—always reminding me of how much they would like to go and see it for themselves. This year, with a client at the show, we took advantage of the opportunity and headed out for San Diego. Honestly, the whole thing is indescribable, but a few words come to mind: wow, bizarre, packed, fun, exciting and strange.

I didn’t realize how large an event Comic-Con was—there were over 150,000 in attendance—until I got there. If you ever plan to go, get your hotel reservation very early, something we didn’t do, so we ended up about 20 minutes north.

Since we had to drive in and find parking, we always had a long walk to the convention center—which itself proved as entertainment. We passed fans dressed as storm troopers, Star Trek characters, the Incredible Hulk and Dr. Who, not to mention about a dozen Harley Quinn clones from Suicide Squad including two who were guys—not a pretty sight. As we closed in on the center, things got even more packed, resulting in a dense cluster which you couldn’t escape until you left for the day.

What struck me most about this event, is that it’s a combination of everything we do—new and old—mixed into one. There’s the traditional trade show aspect, which fills the entire exhibit hall and makes me think of the ancient marketplaces I learned about years ago, like the Agora, in Athens. Every booth had something to sell, from action figures to artwork, as well as shirts, toys and of course comic books featuring every character imaginable, and many I never had heard of like Snot Girl. Some had celebrities signing autographs if you were willing to stand in line and pay the price. Fortunately, my sons were able to fill me in on who everyone was, as several were YouTube phenoms I would never be able to identify. 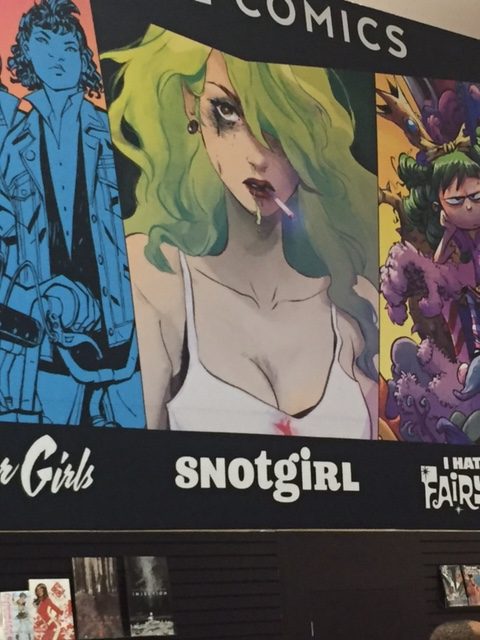 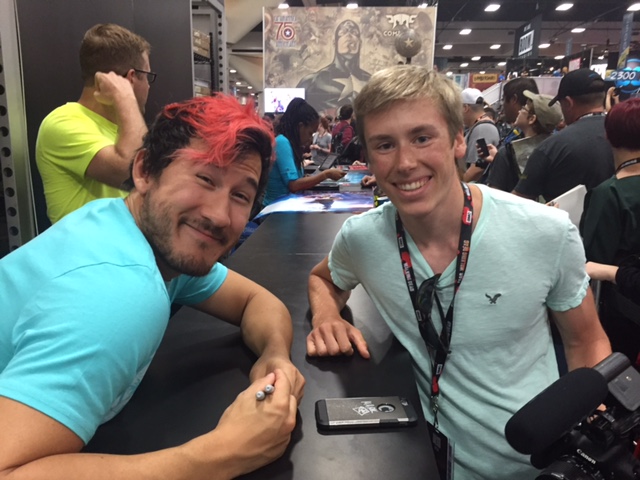 Interesting side note: The term agoraphobia, or fear of public spaces, derives from the same root word. Believe me, if you have this fear, stay far away from Comic-Con.

In terms of the “new” element, that was experiential marketing. Spread around the convention center grounds and across the city, many brands used installations to bring attendees into their fantasy worlds. One park had a Star Trek area in which you could experience the Enterprise bridge—or so we were told. FX, the TV network, had a huge area featuring a stunt man fall and a watch-space for trailers to upcoming TV shows. The smashed guitar for their new comedy series, Sex&Drugs&Rock&Roll, was incredible. Conan was doing his daily show from San Diego and you could even win tickets if you tried on his virtual reality cap. Everywhere you went, there was something to see or more importantly, participate in, and it was amazing. 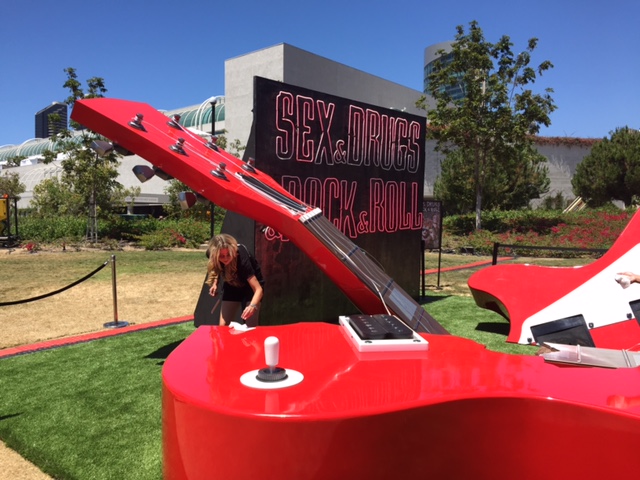 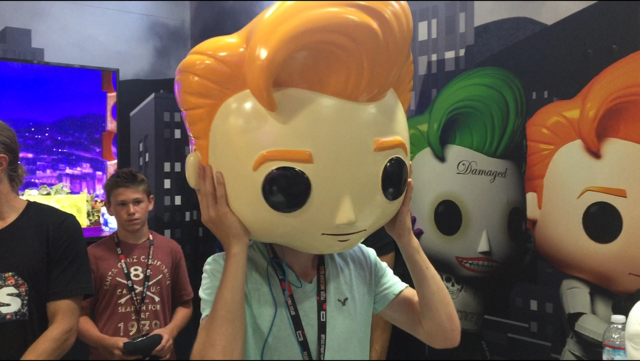 The best thing I took away from the experience is that no matter how much marketing trends change, people, young and old, are still social in the traditional sense of the word. While the tactics of what we create to attract people may shift over the years, the desire people have to share their experiences is as strong as it was in the days of the Agora. Our job as marketers is to figure out new ways to continuously integrate new experiences with the market, and keep them coming.