Creatacor is donating graphic wraps for the 2012 CANstruction event taking place at the Albany State Museum opening April 5th and running through April 26th to benefit The Food Pantries for the Capital District. 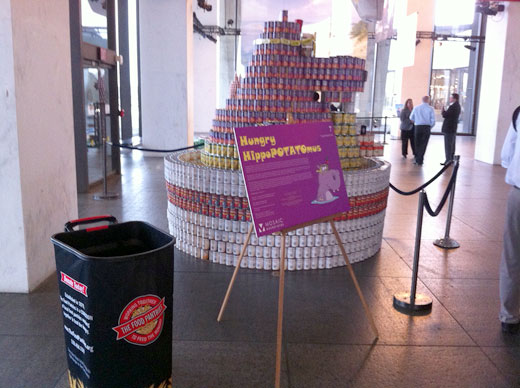 This is the second year the Capital Region has participated in this national design competition. Last year the event raised more than 43,000 cans of food that were then distributed to 54 local pantries in Albany, Rensselaer, and Saratoga counties.

The CANstruction event this year carries a “Zoo Can Do It” theme where 13 local architectural, engineering, construction, and design student teams will be designing and building animal-theme structures that will be displayed on the 4th floor at the New York State Museum. The community is invited to vote for their favorite sculpture by dropping a canned food item into the respective display’s Creatacor-wrapped large bin. The team with the most votes, or most donated cans of food, will win the Community Choice Award, to be announced on April 26th.

“We are honored to assist The Food Pantry with this great event,” stated Thomas H. Lemery, President & CEO of Creatacor, Inc. “The community has helped make Creatacor what it has become over the past 25 years, and we believe strongly in giving back locally.”

“Creatacor’s generosity is sincerely appreciated as we are not-for-profit and their donation is pivotal to the success of this event,” stated Natasha Pernicka, Executive Director, The Food Pantries for the Capital District.

Zoo Can Do It is presented by: Price Chopper with EYP Architecture & Engineering

“I am so pleased to see CANstruction reach the Capital Region as EYP has participated in other cities where we have offices and know the benefit it provides those communities through the local food pantries. The Food Pantries helps so many people in need,” said Tom Birdsey, president & CEO, EYP Architecture & Engineering.

For more information about The Food Pantries for the Capital District, visit www.thefoodpantries.org.

A few more photos Will took at the event last evening: 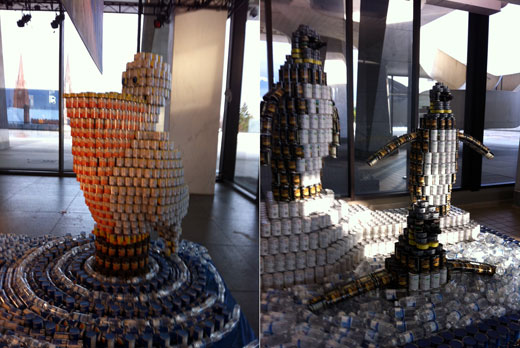 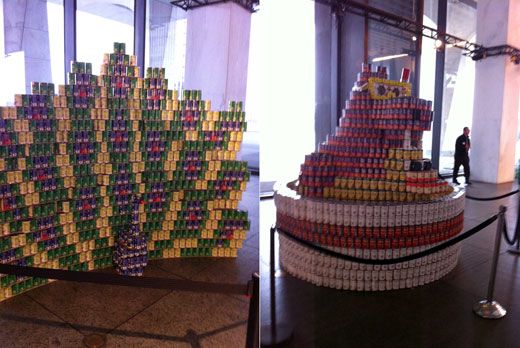