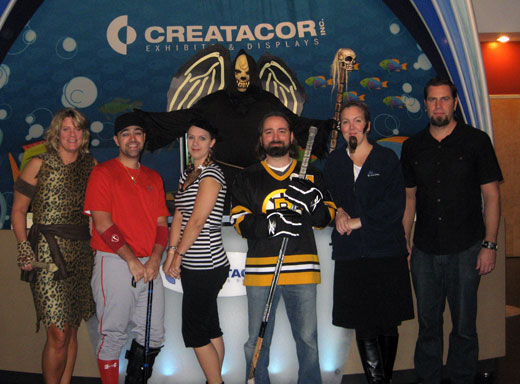 That’s Todd T. in the back as “Death”. Then, from left to right, we have Cathy M. as a Cavewoman, Matt L. as an injured softball player, Lora L. as “Jailbait”, Jerremy J. as Boston Bruins Hall Of Famer Cam Neely, with Jessica V. dressed up as Wayne D. – with Wayne standing next to her for comparison. Nice job all – and nice goatee Jess. Not pictured is known Halloween disliker Will F. dressed as a “Rational Consumer”.

Todd started off the morning by arriving early and hiding in the warehouse near the breakers. When Jim D. went over to turn on the lights, “Death” appeared – and almost got a punch in the face from a very scared Jim.

That got everyone in the Halloween mood… and it’s continued throughout the day with lots of friends and family stopping by to show off their little ones in their costumes.

Stop the presses… Danny R. missed the group photo, but he posed for a quick pic as “The Monk” right before we went online. 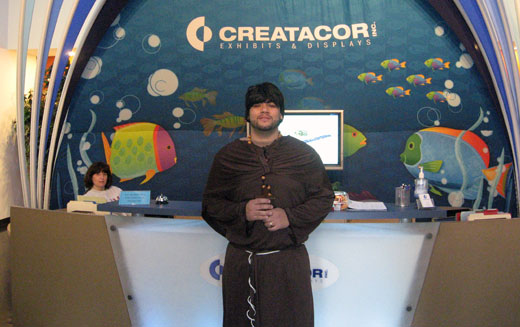