June was a busy month for milestones – we had 3! Here they are… 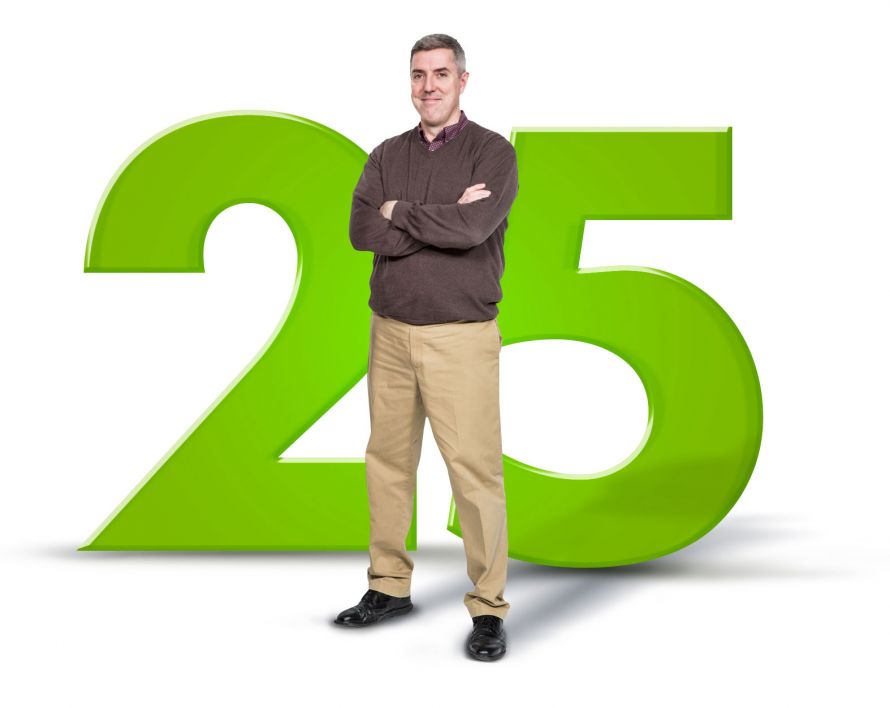 Back in 1992, I had just returned from vacation to find a new face in our design department. Our design director at the time said he was a college buddy and was working for nothing, simply to get some experience. I was impressed with his ambition but certainly did not want to take advantage of him. I recall saying, “We can’t have him work for nothing. Let’s pay him $5.00/hr.”  It seems like so little money today but, keep in mind, the minimum wage back then was $4.25. Plus, who was this guy? What could he do? After all, I hadn’t seen his resume and knew nothing about him.

It was a year of change for Creatacor. Not only was Gerry hired but I also bought-out my partner, Russ Percenti. We had nine employees, including myself, Will Farmer and Linda Casimano. Gerry was the tenth. Although we had a very small fabrication and logistics operation in South Glens Falls, most major fabrication and production was bid out to trusted suppliers. We didn’t have CAD or graphic design software or the high-powered Macs you see today. All renderings and production drawings were completed by hand on paper and graphics were handled by our graphics vendors under our direction. We didn’t have email or cell phones. Our fax machine was our newest form of communications for quick and efficient information exchange with customers and suppliers.

At the time, our biggest customers were GE and OSRAM, who had not yet merged with Sylvania yet. OSRAM was a burgeoning customer as Lightfair began to be their largest marketing initiative. Our annual sales goal was $2 million, with most of our work coming by way of referrals and our association with those heavy hitters. Later that year we moved to 21st Century Park, which allowed us to consolidate our fabrication and logistics operations under one roof. The first major step toward becoming the respected trade show exhibit and event company Creatacor is known for today.

Gerry soon became a valued contributor to our design department. Always doing what had to be done with an attention to detail that serves him well as the face-to-face marketing professional he is today. Shortly after moving to 21st Century Park, I asked Gerry to become our production/logistics manager. Without hesitation Gerry jumped into the position with the gusto and ambition that brought him to Creatacor in the first place. As I look back, asking Gerry to take on this critical new role was one of my easiest but most significant business moves. He coordinated all production and shipping for everything that Creatacor produced. Nothing left Creatacor without Gerry touching it in one way or another.

As Creatacor grew, so did Gerry, taking on more and more responsibility, which included three major facility expansions and a six fold growth in sales.  Gerry became one of my closest advisers and the leader he is today.

When you start a business, you quickly learn that “trust” is one of the most important attributes you can expect from a colleague and Gerry exemplifies that attribute. I hesitate to think what Creatacor would be like today without Gerry. I am extremely thankful he took it upon himself to try to learn something new that day he walked into Creatacor in 1992.  He has become the embodiment of what Creatacor is. Thank you Gerry! And congratulations on an incredible career with Creatacor! 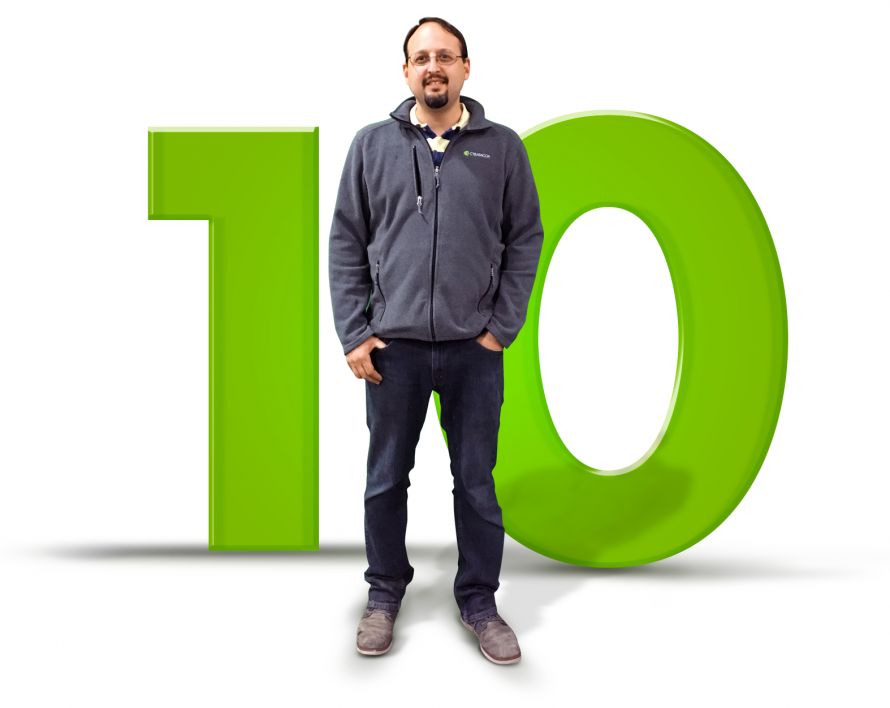 When Brandon isn’t at his desk, he can be found manning Creatacor’s CNC machine in the shop as our resident guru. He’s also the go-to for any projects requiring “R&D.” Brandon manages workflow through the fabrication and engineering process, ensuring that products and exhibits are produced in accordance with a client’s specifications and budget. Before joining Creatacor, Brandon managed a custom furniture and kitchen manufacturing company and also has prior experience building trade show exhibits.

But it isn’t all work for Brandon. He’s married with two children and enjoys cycling, camping and hitting the park with the kids on his weekends. 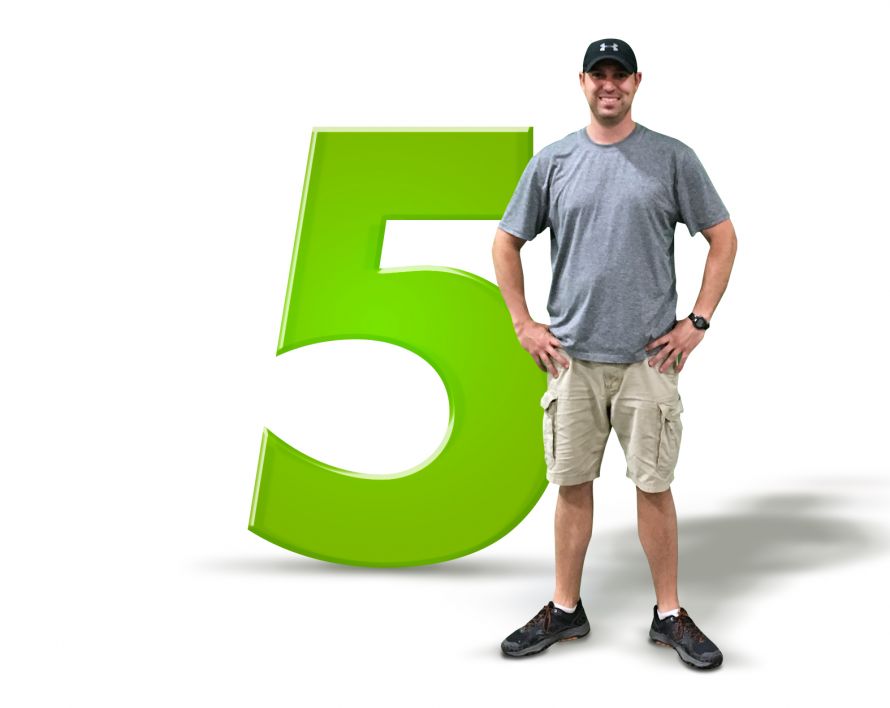 The role of a logistic technician is incredibly important. In a warehouse setting, Tom ensures that all supplies and equipment for each of Creatacor client’s needs are received, packed, processed and shipped to their new location in a timely manner.  His many daily duties can include inspection of all properties upon receipt, repairing any damages as required, as well as setting up an exhibit in our Showcase area so that a client can give a full review.

When Tom isn’t hoofing it on Creatacor’s concrete floor, he’s out on the golf course preparing for his summer tournament schedule. His best to date for 18 holes is 68 (4 under par). He also enjoys boating on beautiful Saratoga Lake and rooting for his favorite team during NFL season – Go Falcons!