Yesterday we celebrated yet another big milestone. Wayne Davi, our senior designer, celebrated his 20 years here at Creatacor. I remember moving here from NYC and interviewing in trailers that had been set up in the parking lot of Creatacor’s then Mechanicville location. A tornado (yes, that’s right a tornado) had ripped through Mechanicville in 1998 and as you know if you work in the marketing business, you can’t stop the work just because of a little brush with Mother Nature. The building had been a little demolished (the second floor caved in) and trailers were set up in its place until the building could be renovated back to working conditions. It is here where I saw Wayne. He was tall, sported a long curly pony-tail, had pierced ears and some nicely groomed chops. Being from NYC, I welcomed a little oddity in my new upstate adventure. He was one of the reasons why I accepted the job at Creatacor and I can say with great certainty, I have had a blast working alongside Wayne for all these years.

Thus, Creatacor being a truly awesome company to work for, they brought out the white vinyl table cloths with each table adorning a vase of plastic red tulips. As a company we came together in celebration to say thank you to Wayne for his hard work and service and without hesitation devoured delicious food from Testo’s Restaurant in Troy. Oh lest I forget, the brownie and ice cream for dessert was a great addition to the party! 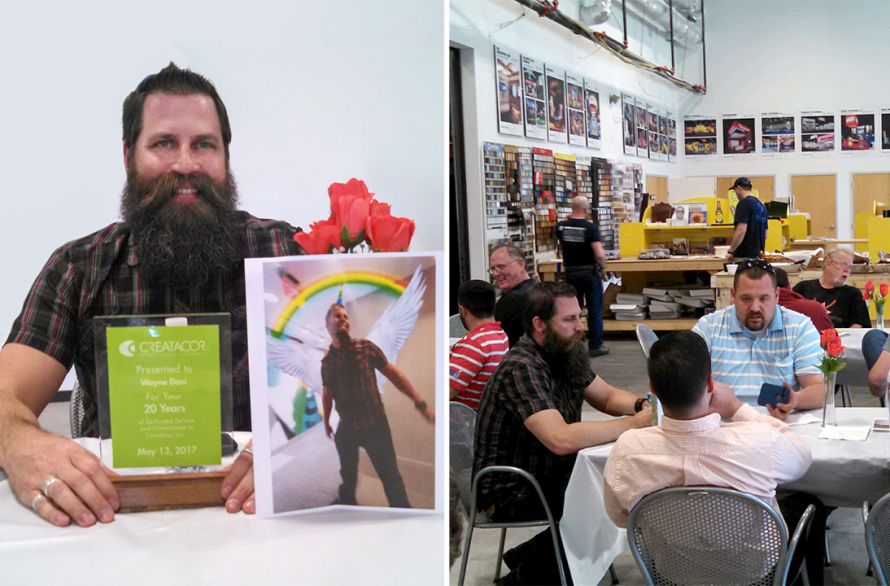 Wayne graduated with a BFA in Graphic Design from the Montserrat College of Art in Massachusetts. Not much later in to his graphic career he wandered through the Creatacor doors to join the Design Group. He initially joined as one of our 2D artists and within a year worked his way up to 3D design. Here he has created large booths and small for clients such as LEGO, GE, OTIS, and DSM to name a few.

As a Senior Designer, Wayne is responsible for conceptual renderings, CAD detail drawings, project management and layouts for presentation boards. He works closely with clients and account executives helping to foster a more cohesive exhibit design with their existing brand marketing. 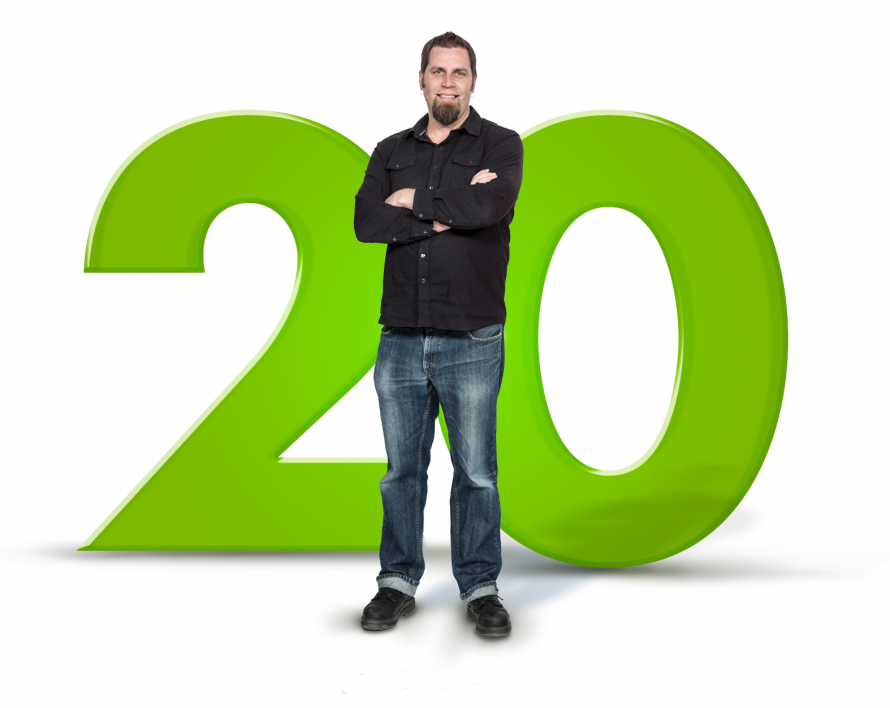 On a personal note, Wayne likes things on wheels. His collection consists of a 1954 Chevrolet Delray, a 1979 Chevrolet Malibu and most recently a 2002 Harley Davidson Electra Glide.