Did you know business-to-business exhibitions contributed to over $80 billion to the US economy in 2016 alone?  The numbers are pretty staggering and include 1.35 million exhibiting companies at 9,400 events—totaling over 285 million square feet of exhibiting space and attracting 33.2 million attendees. Simply put: Wow.

For the last four years, a group of 19 associations, including three to which we belong—Exhibit Designers Producers Association (EDPA), Center for Exhibition Industry Research (CEIR) and The International Association of Exhibitions and Events (IAEE)—have organized Exhibitions Day, bringing industry members together to foster relationships and build awareness with federal legislators and policy influencers on Capitol Hill.

In early June, more than 100 members of our industry gathered on Capitol Hill to advocate for exhibitions and events, which are vital to the success of our free enterprise economy.  With such a great partisan divide on so many issues, our issues offer a unifying message, focused on facilitating business and strengthening the economy.

At this year’s event, focus was placed on four key areas related to keeping our industry moving forward:

Promoting the U.S. abroad. President Trump’s FY 2018 budget proposal calls for the elimination of funding for Brand USA, a federally-supported organization which promotes the U.S. internationally as a business and tourist destination. Brand USA is a bipartisan program funded by inbound airline passenger fees and private industry, so there is no impact on U.S. taxpayer funds, but the program’s efforts are crucial toward attracting international tourism, investment and fair/free trade. In 2016, Brand USA was responsible for adding $8.9 billion to the U.S. economy according to Oxford Economics, a 28-to-1 return on investment.

Investing in America: Rebuilding America’s Airport Infrastructure. According to the World Economic Forum’s annual competitiveness report, the U.S. ranks 11th in the world in infrastructure quality. The longer this lack of investment goes unaddressed, the more money it’s costing the U.S. in lost business revenue.

Industry Security Initiative. The IAEE has aligned with the Department of Homeland Security to develop the Exhibitions and Meetings Safety and Security Initiative to produce a comprehensive security benchmark in alignment with the SAFETY Act. The overarching goal is to help create safer, more secure large-scale events, including trade shows and exhibitions.

Stop Online Booking Scams.  An act introduced to Congress would prohibit websites from pretending to be a hotel, allowing state attorneys general to pursue restitution and refunds on behalf of victims. As mobile booking continues to increase in popularity, it is becoming increasingly more difficult for consumers to differentiate between the hotel’s website and a scam website, making it imperative that legislation is enacted to protect consumers.

As individual exhibitors, we work hard to keep our companies strong, but we should never forget that we are part of a larger industry doing great things to drive economic prosperity.  It’s good to know that we have organizations representing us, working hard to help strengthen our industry—but they need our help.  We can all do our part to contact our federal representatives and let them know how important these issues are to us, and our livelihood. To learn more and find out how you can help, head to: exhibitionsday.org. 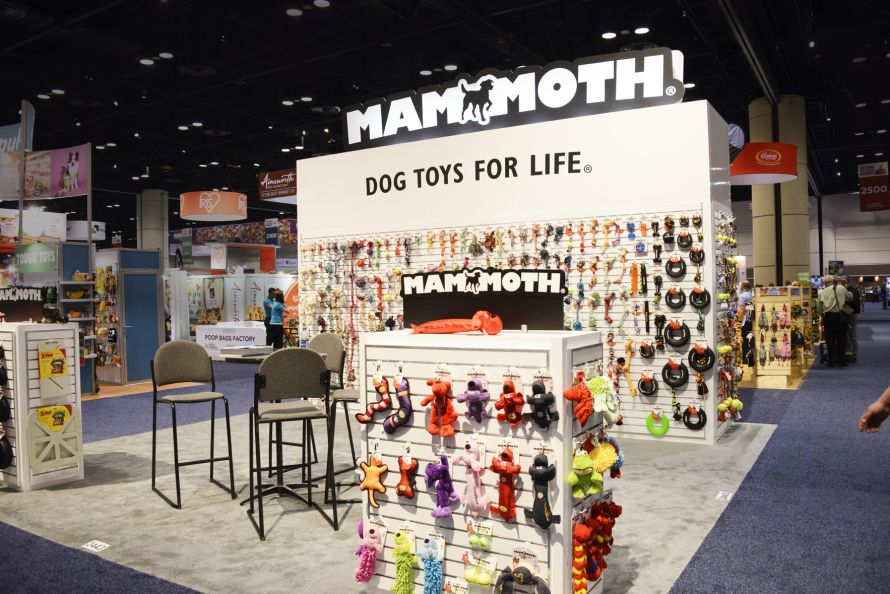 Creatacor had three client exhibits at this year’s Global Pet Expo, the premier industry event presented by the American Pet Products Association and Pet Industry Distributors Association, March 21-23 in Orlando. Open to independent retailers, distributors and mass-market buyers, the 2017 Pet Expo had 1,130 exhibitors and 3,437 booths, covering a whopping 343,700 square feet of floor space. Buyer attendance was up nearly 10 percent from 2016, so our exhibits drew a lot of eyes!

We’re big fans of the “reduce-reuse-recycle” mentality, so we’re thrilled to hear that each client is bringing their custom exhibit to the 2017 SuperZoo, July 25 – 27 in Las Vegas. 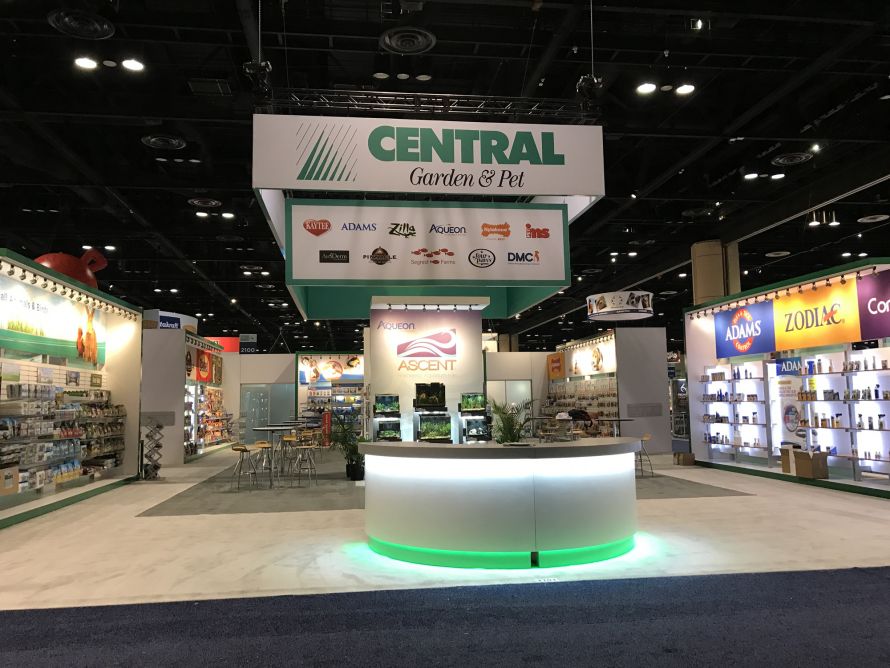 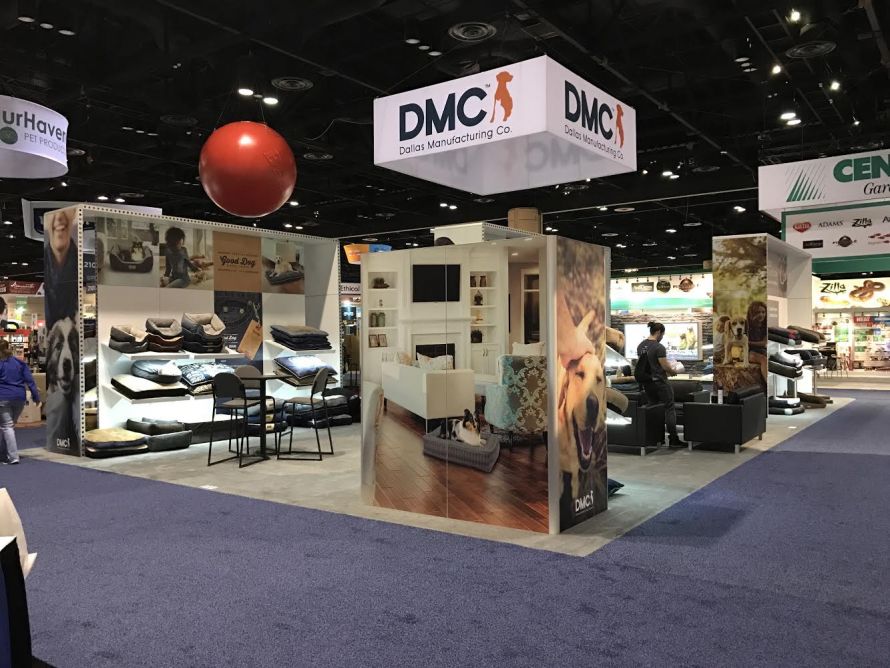 The Logistics Of Trade Show Life: Part One 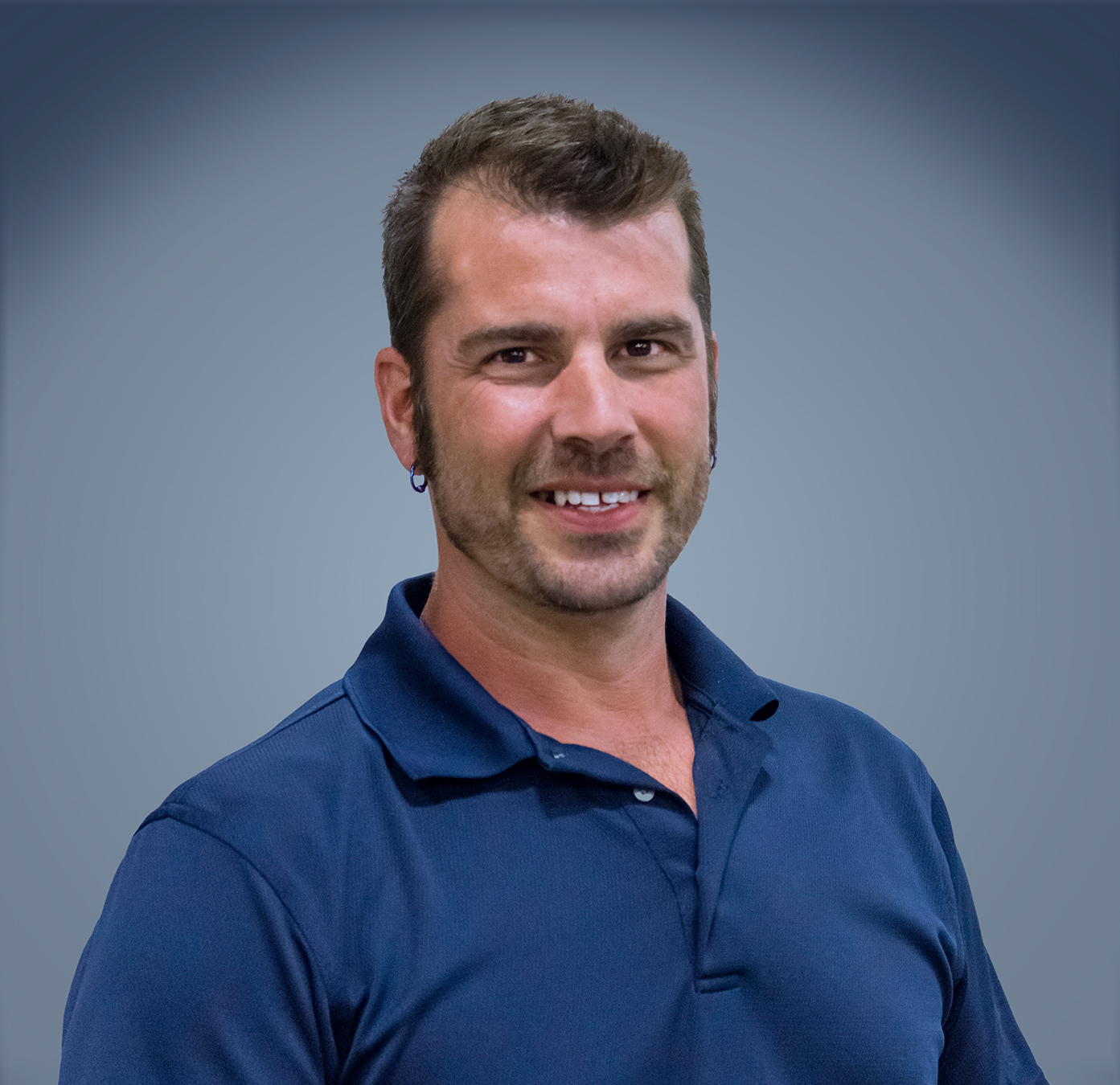 Tell us a bit about trade show life.
Every show is different. Each city offers its own unique attractions. Different show schedules sculpt your experiences. I’ve been at shows where I’ve done nothing but work, eat and sleep. Then there are the schedules that offer free time, sometimes almost a whole day, to explore the surroundings. But the people that do this work are a different animal, and you can learn something new from them almost every time you go out.

What are the pros and cons?
Pros: The opportunity to meet new people, learn new things, eat out for every meal. Then there’s the chance to experience different cities and their cultural differences, which I love. There’s also the opportunity to be the hero when a client makes a last-minute change, or has forgotten something important and you’re able to make it all happen.

Cons: You have to be away from your family for anywhere from three to 15 days, sometimes more, at a time. That means backup plans. I have to rely on a neighbor to watch after my dog for those same periods of time.

Has this career molded you?
It has made me a more tolerant person, and I’ve learned that eventually something will go wrong. Being prepared for it and knowing how to deal with these speed bumps all the while keeping your cool is essential to being successful and surviving in this industry.

I am definitely more aware of my surroundings everywhere I go. If you fail to pay attention on the show floor, or in a big city, you could be seriously injured or killed. I’ve learned to travel the world with my head on a swivel.

How long have you been doing this?
I was pulled into this almost immediately after I returned to Creatacor, and my first outing was in December, 2010. It was a Verizon FIOS kiosk installation in Newport Center Mall in Jersey City. The job involved removing the old kiosk and installing a new kiosk in a mall between midnight and 4:30 a.m. I thought this was the best job ever. My next gig was at Toy Fair at the Javits Center, and holy crap, was that overwhelming. I went from working in a suburban mall hallway with Jim Dolan, the guy training me how to do this amazing job, to a 1.8 million square foot facility in New York City, dealing with five different unions, over 1,000 other exhibits and hundreds of people within a five-week period.

How have things changed over the years?
This industry is ever-changing, because when you’re advertising, you always want the most “wow.” Large format fabric graphics are the new norm. You used to see a seam every four to eight feet on every booth. Now you’re hard-pressed to find a seam anywhere. But more than that, technology has taken over. Large, seamless screens are the focal point of more booths than ever, and almost every booth has some kind of interactive element—from entering your email on a tablet to interactive games to VR experiences. Green booth building is also on the rise, and I’ve seen entire booths made from corrugated cardboard. This is a reflection of what buyers want these days. They want green products, and vendors and builders are responding to that.

Where is the future of tradeshows headed?
Technology will continue to push this industry forward, with increasingly higher definition video and printing and more interactive attractions.

Part two will be featured in the September issue of Collaborations!

Creatacor recently completed a series of updates to “The Wall That Heals,” a mobile, cross-country touring version of the Vietnam Veterans Memorial, donating design services and labor.

Sponsored by the Vietnam Veterans Memorial Fund (VVMF), the half-scale replica of the original memorial in Washington, D.C., tours the country from coast-to-coast via a 53-foot trailer which serves as a mobile education center, enabling Americans who haven’t made the trek to our nation’s capital to experience something remarkable and pay tribute at the same time. In addition to the wall, the mobile tour displays photos of some of the 58,000 service members whose names are found on The Wall, and who gave their lives in service, along with letters and memorabilia left at the original site in Washington.

Updates included additional graphics and custom-made mounts for 56 individual artifacts, as the VVMF is placing new emphasis on sharing the individual stories of veterans. New exhibits were installed to showcase items left behind at The Wall in Washington, D.C., in an effort to help viewers better understand the loss family and loved ones felt, as well as the bond which existed between veterans who served together.

“We believe that The Wall is a crucial part of the healing process, both for the loved ones of those who served, and those who weren’t directly touched,” said Tim Tetz, director of outreach for VVMF. “Not everyone is able to make it to the Vietnam Veterans Memorial in Washington, D.C., but with this Memorial and the help of Creatacor’s awesome work, people are able to see the personalities of the men who gave their lives, and all of a sudden, it drives it home for them.”

Five Questions for Will Farmer, COO of Creatacor

Where In The World Is Creatacor…

A quick look at where our exhibits have been, and where they’re headed next!