At Creatacor, we get to see the benefit of event marketing on a daily basis through our clients’ participation in trade shows and events. Marketing research shows us that, on average, 43 percent of marketing budgets are dedicated to events, and for good reason. The opportunities presented are many, including raising the awareness for your brand, strengthening industry partnerships, catching up with current clients, networking, analyzing competition, and simply making contact with many interested buyers at one location. With all the technology changing our daily lives, we still have not replaced meeting someone face-to-face when making important decisions.

It’s an easy decision for us to participate every year at ExhibitorLive held in Las Vegas in early March for all the reasons mentioned above. But for us, there is another very important component: we get to experience the show from our clients’ perspective.

Typically the trade show season is in full swing so we are extremely busy, which helps us to better understand the challenges an event manager faces. The task list is long – exhibit design, space selection, pre-show planning, determining how to attract attendees, selecting our message, deciding on whether to have premiums, choosing booth staff and attire – but to succeed, each decision must be weighed carefully. With an increased understanding of your challenges, we are able to better assist you through your complete show schedule.

Good news for all of us: according to the latest Exhibitor Magazine industry survey, 47 percent of respondents are maintaining last year’s budgets while 30 percent are seeing increases. With healthy budgets and an improving economy, we have a perfect combination to make this an excellent year. 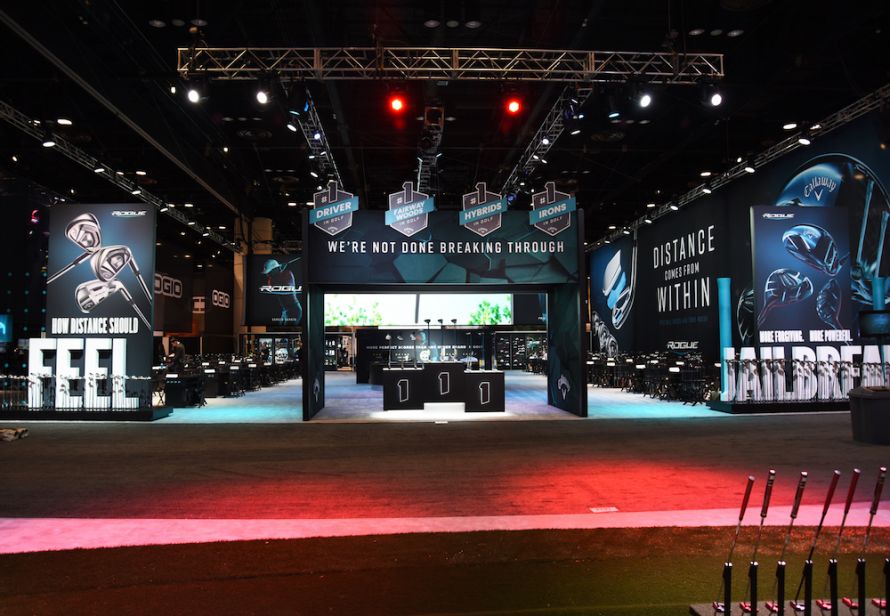 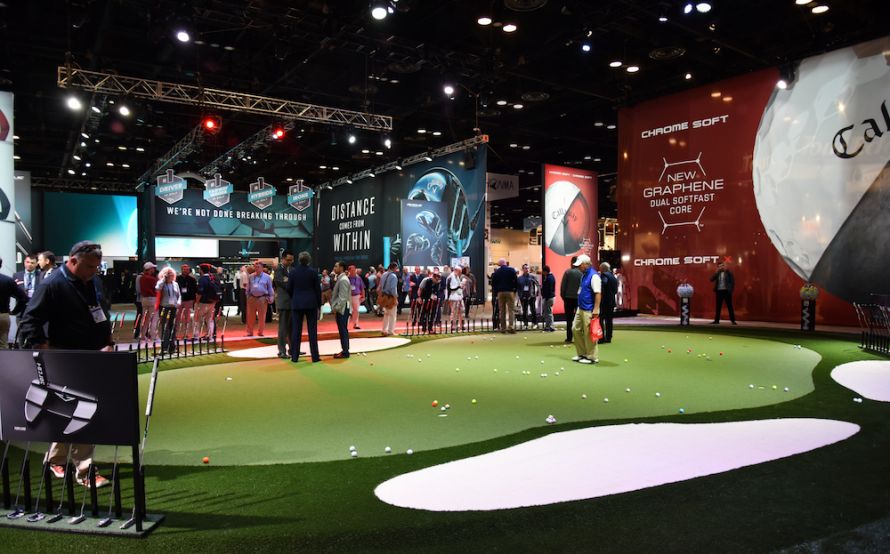 Founded in 1982, Callaway is renowned for developing innovative products that help golfers hit longer and straighter shots from tee to green.

For the fourth year in a row, Creatacor had the opportunity to assist Callaway Golf at the 2018 PGA Show in January. Last year, Callaway Golf secured OGIO underneath the Callaway umbrella. This gave us the opportunity to also assist with both of the OGIO booths at this year’s show. The more than 1,100 interactive exhibits allowed guests to meet face-to-face with golf merchandise manufacturers and distributors and find the latest products for facilities or pro shops.

This year, Callaway released its new Rogue line, the first line to include Callaway’s patented Jailbreak technology which has now made them #1 in drivers.

Everyone is talking about the current state of freight prices in the U.S. By now, you’ve probably noticed prices are not the same as they were a year ago. How could they be? According to DAT’s RateView last year, at this time, there were approximately three loads for every available truck. In December, orders reached a record 47,000 – up 38% from last year. In January of this year, there were 14.9 loads for every available truck.

FTR, a firm providing quantitative freight market intelligence, released its latest Shippers Conditions Index (SCI) showing an October reading of -9.6. According to the firm, any reading below zero represents pessimistic conditions for shippers.

“Conditions for trucking and shipping have been diverging dramatically since the hurricanes hit in August. The hurricanes highlighted the lack of extra capacity available in the system. This has been followed by continued strong freight conditions in Q3 and into Q4,” explains Eric Starks, CEO of FTR, “Shippers are really feeling the pinch right now, and there is fear that the ELD mandate will impact capacity in the spring. There is little, if any, excess truck capacity. Add in regulations, continued freight growth or winter storms, and we could be pushing above 100%. That would leave shippers scrambling to get loads delivered. And that means paying premium rates for those deliveries. It may be a tough first half of 2018 for shippers.”

According to Freightwaves, if rates remain at the current high levels, bolstered by the continued lack of capacity, they could become the “new normal.” If so, these increased costs will be eventually passed on to customers, which could lead to inflation and cause the Federal Reserve to raise interest rates sharply to keep inflation in check. Should that happen, the question will be how many of those rate increases can the current bull market tolerate before slowing?

Now that we’ve clearly identified the issue, what can you, the shipper, do to ease the burden of a capacity crunch? For trade show and event industry shippers, your options are limited due to the irregular nature of your shipments. Therefore, it’s imperative that you take action around what you can control:

The Wall That Heals

The Wall That Heals tours the country from coast-to-coast via a 53-foot trailer that also serves as a mobile Education Center. Visitors can see their “Hometown Heroes,” a photo display of service members whose names are on The Wall that list their home of record within the area of a tour visit. Visitors can also view the “In Memory Honor Roll,” which includes photos of Vietnam veterans from the state of the current tour stop who died as a result of their service in Vietnam after the conflict ended.

The Wall That Heals departed Creatacor’s headquarters in Clifton Park, N.Y. on Friday, February 23, with a ceremonial sendoff as veterans from all U.S. armed services were invited to attend and line the roadway as The Wall That Heals headed out on its nationwide journey. Its first stop was Portland, Texas, followed by 40 additional stops across the country. For additional information on The Wall That Heals, or to view a 2018 schedule, visit thewallthatheals.org.

This month, as a part of their 40th Anniversary, SEDC began its year-long CEO Tours & Connections series with a visit to Creatacor. We had the opportunity to share the history of Creatacor, industry insights, workforce development strategies and current and future goals.

Following November’s visit with teachers from Shenendehowa High School, Creatacor recently visited the school to speak to some of the business classes during their Business Week. We spoke about the basics of the industry and the different ways that students can begin to prepare to land an entry level position at a company like Creatacor.

“Where in the World” is Creatacor…