Did you see the pink elephant in the room?

The good news for the event industry is that research on social media tells us two very popular uses of the platforms are, one, to find events, and two, to post about experiences when at events. As much as the world is going digital, people still crave actual social interaction, getting together with friends and meeting new people. While the “how” of events may be changing, the need for events remains a constant.

A good reminder for us is the ExhibitorLive Show which took place at the end of February. As we prepared for our annual trek to Las Vegas, show management sent us warnings the weather was unseasonably cold, they even had some snow the week before our arrival. The weather alerts certainly didn’t affect attendance and for those of us coming from the Northeast, we appreciate any temps above freezing.

This year our exhibit again provided our unique giveaways – ones you have to make yourself. Our goal is to highlight our creativity, show attendees the quality of our craftsmanship and have them spend a few minutes of their time talking with us while making their item. We offered the choice of a phone stand, bottle opener and the very popular fidget spinner. While fidget spinners might not be the rage they once were, they were still our most popular take-away. 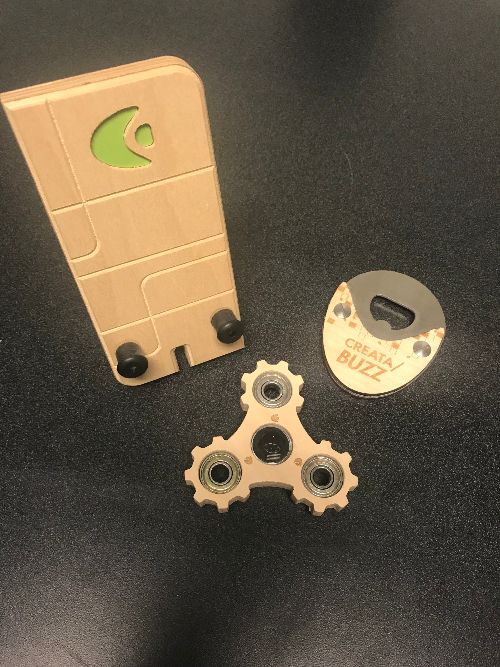 Exhibitor is continually looking at improving the experience. Starting last year, they added a large area at the front of the exhibit hall called the Connections Zone allowing for large gatherings including the opening reception, sponsorship events for vendors and the industry awards ceremony. Hosting these events in this area makes the exhibit hall one of the main attractions of the show even during off hours. It also provides the chance to create those memorable experiences people want to post on social media.

ExhibitorLive is a great opportunity to meet new prospects but we also use this opportunity to connect with current partners, meet up with clients, learn about new technology, listen to new ideas and get a sense of where our industry is headed. It’s a chance to talk face to face with people involved in all aspects of trade shows and serves as an excellent reminder of the importance of real social interaction.

So about the pink elephant? Our neighbor across the aisle didn’t make it to the show due to an unfortunate incident so show management placed a large pink elephant in its place, which is related to the theme of the show. It proved extremely popular with all attendees as we took many pictures for those passing by. And of course, we couldn’t pass up the chance to take our picture so we could share with all our friends in the digital world. 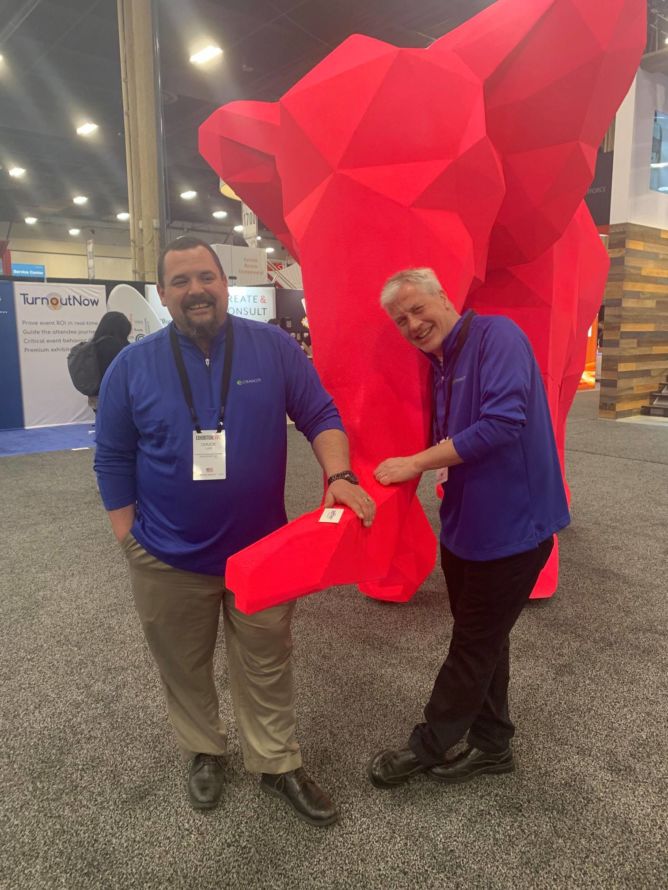 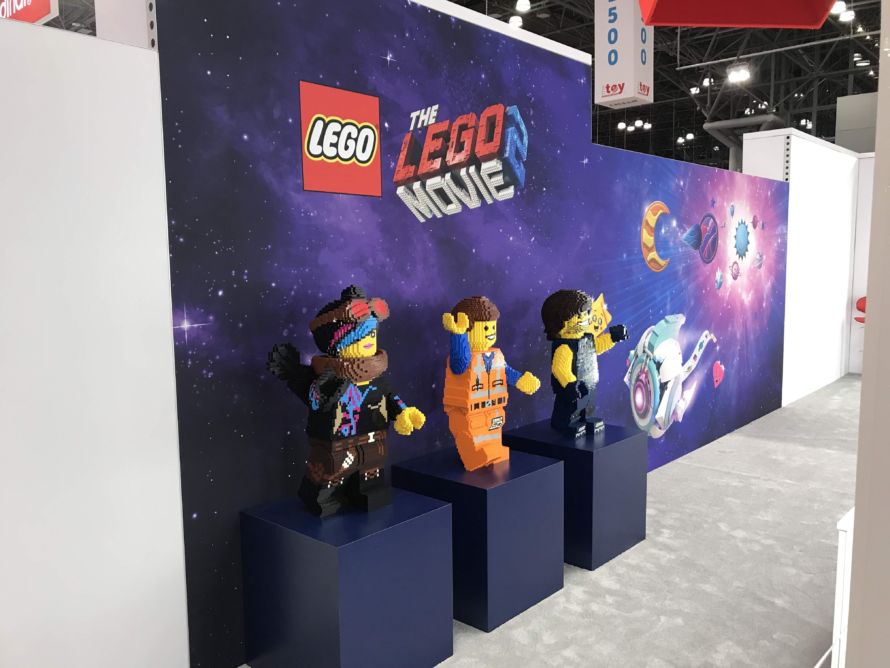 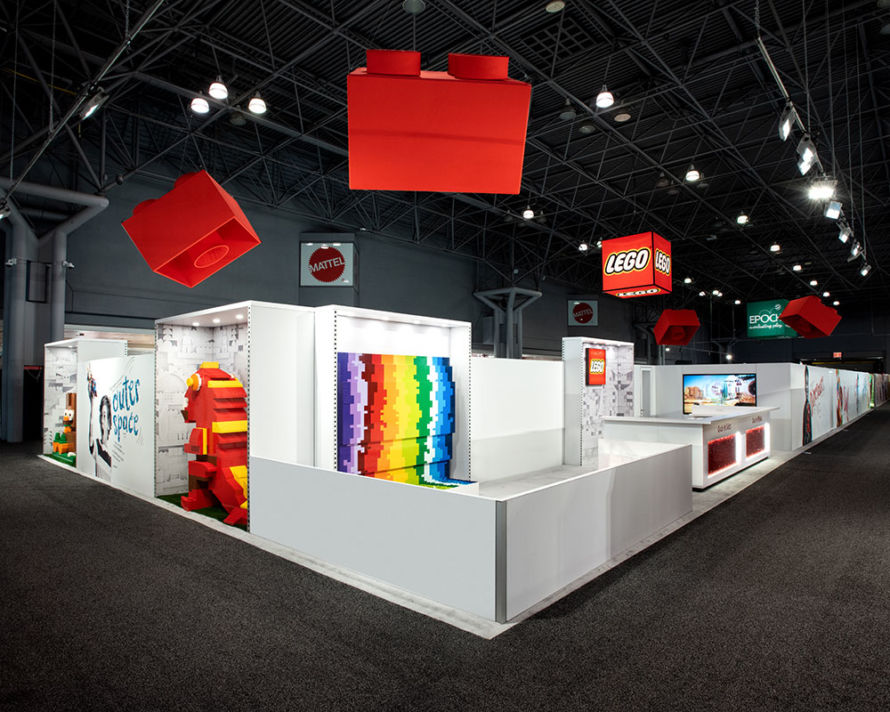 LEGO® Systems Inc. and Creatacor teamed up to produce an amazing exhibit for the 116th North American International Toy Fair, which ran February 16-19 at the Javits Center in New York City. The 7,000 square-foot space featured four 8-foot LEGO® brick hanging signs that could be seen from the entrance of the exhibit hall, a brand new reception and waiting area, and full refresh of the space.

The booth included a private showroom where LEGO® displayed their soon-to-be-released 2019 building sets, a business center and conference rooms. Throughout the exterior and interior, the booth design incorporated kids’ LEGO® designs, including large scale bunny and dinosaur models.

Highlighted product areas within the private showroom were “The LEGO® Movie 2: The Second Part,” which opened in theaters February 8, and the debut of LEGO® Hidden Side, a line of augmented reality (AR)-enhanced building sets.

LEGO® was also the recipient of four Toy of the Year (TOTY) Awards, including Construction Toy of the Year! Awards were received for the categories of:

Congratulations to both LEGO® and Creatacor for another successful event. 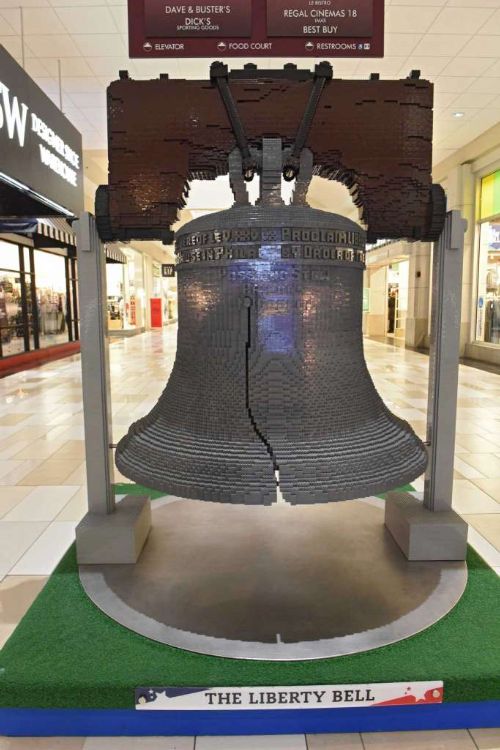 This February, Creatacor brought the LEGO® Americana Roadshow to upstate New York for the first time!

The 17-day traveling event showcased American landmarks made entirely out of LEGO® bricks. Presented by MVP Health Care, the show took place throughout the upper and lower levels of the mall.

The show included interactive activities for kids including LEGO® Brickscapes placed throughout the mall, a LEGO® Play Area for people of all ages to build whatever their heart desires, and a Follow the Map Find the Model activity where attendees received maps which guided them to different display locations to answer questions. Participants received a free LEGO® Americana collective card pack upon returning to the mall’s new LEGO® store.

Creatacor has been included on Exhibitor Magazine’s 2019 Find It – Top 40, which honors the industry’s top exhibit producers.

More than 100 exhibit houses with offices in the United States and/or Canada applied and endured an evaluations process including more than 50 individual criteria, all weighted to reflect how Exhibitor readers and Editorial Advisory Board members value them when vetting and selecting potential buyers. The process also included a short survey of clients and a review of entrants’ past projects, selling points, and innovations.

The 2019 Find It – Top 40 list including Creatacor will be featured in an online portal that will launch later this year, as well as in the June issue of Exhibitor Magazine. 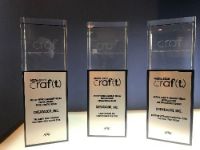 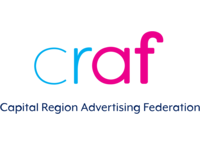 This year we took home three silver awards at the 2019 ADDY Awards hosted by the Capital Region Advertising Federation. The awards recognize and reward the creative spirit of excellence in advertising.

Great job to all!

The average attendee spends 8.3 hours viewing trade show exhibits at a show or exhibition. That gives you plenty of opportunity to connect with your target audience.