Skip to content
Home › Blog › Practicing What We Preach

At Creatacor, trade shows are our livelihood so when it comes to our marketing efforts, we try and follow the advice we give our clients. At the Exhibitor Show 2009, we came up with a campaign and followed it through and Exhibitor Magazine took notice. We were thrilled when Exhibitor asked us to participate in a case study for an article that appears in the June issue entitled “Party Like A Rock Star”.

The exhibit was based on the theme, “Become a trade show rock star!” which started with our advertising campaign. We used testimonials from some of our clients highlighting how we helped them become starts in their organizations because we acted as the “roadies”, taking care of all the details. 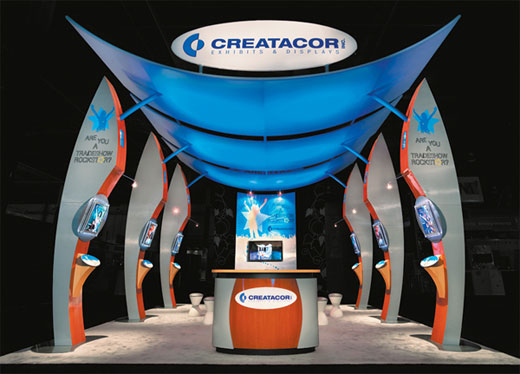 The next step was a pre-show mailer to those who advance registered for the show inviting them to our display and letting them know if they attended our presentation, they would have a chance to win a Rock Band game for the gaming system of their choice.

The exhibit extended this message by using a Trade Show Rock Star as our presenter and he told his story to the attendees. Paul, our presenter, came each day in his rock and roll outfit and fortunately in Las Vegas, he looked like a local. He did turn some heads as people wondered if he was somebody famous. We think he really liked all the attention he was receiving.

Finally, after the show, we followed up on our leads, sent game systems to the winners and we even ended up selling the exhibit we produced for the show to a new client. After all was said and done, the whole process “rocked!”