Skip to content
Home › Blog › Are You Ready for Some Football Promo?

In cooperation with Graphitek for What Will They Do Next of Austin TX, Creatacor took on another trailer transformation.

In some ways this was a really difficult project. Why? Not because of technical issues, costs, or even the deadline… no, it was much more personal than that. You see, Creatacor is located in upstate New York… which means, many of the Creatacor staff are loyal New York Football Giants fans. Imagine working hour after hour on the main attraction of a traveling road show promoting the Giants’ bitter rivals – The Dallas Cowboys??? Oh my! Fan loyalty runs deep as I’m sure you all know, but that could have been categorized as simply just plain torture. But that’s what our guys did because we have our priorities and being an event production specialist comes (along with all the creative excitement that comes with that) before our loyalties as NFL fans… and it looks awesome. (OK… we do have one Cowboys fan here but he was nearly bound and gagged during this production.) 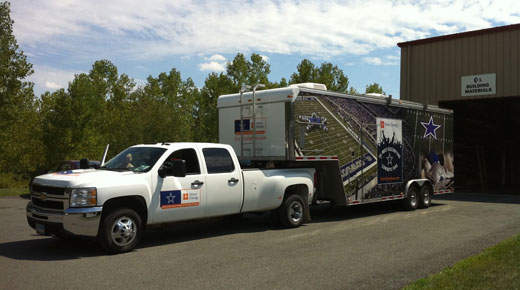 The trailer was totally refurbished by wrapping the interior and exterior with fresh graphics and custom hardwood lockers were built and installed to display Cowboys memorabilia. 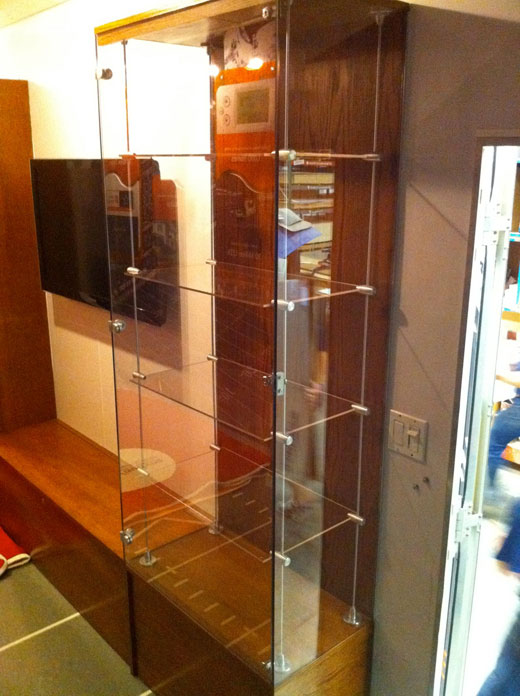 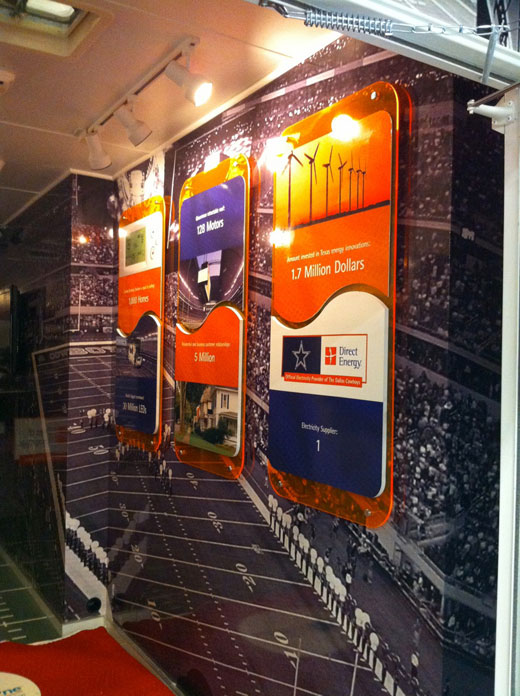 To help celebrate the Cowboys 50th anniversary, Direct Energy is in search of the 50 Most Electrifying Dallas Cowboys fans – and you could be one of them!

Direct Energy is one of North America’s largest competitive energy suppliers of electricity, natural gas and related services operating in 10 Canadian provinces and 46 US states plus the District of Columbia.

To see the trailer and to have your chance to prove that you are one of the top 50 Most Electrifying Dallas Cowboys fans, you can catch the road show at these locations:

Cowboys fans and Giants fans, cats and dogs, oil and water… They just don’t mix but Creatacor is proud to say that we can put these rivalrous feelings aside (briefly) to produce another great event trailer. 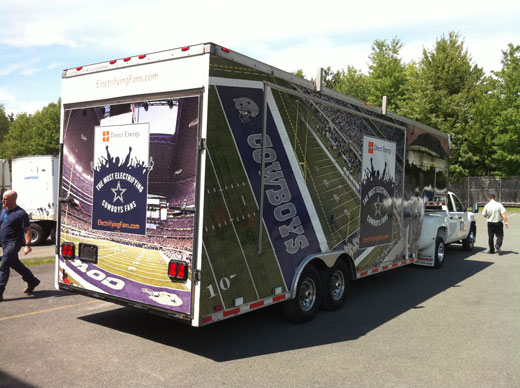 Good luck to the road show!