Skip to content
Home › Blog › Are you ready to rock?

This new set will be used to promote the new “The Beatles: Rock Band“, which will be released on 9/9/09.

This new version of Rock Band features the songs and likenesses of The Beatles: 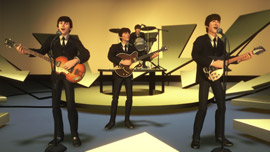 You can also rock like The Beatles with new instruments based on what the boys used to play: 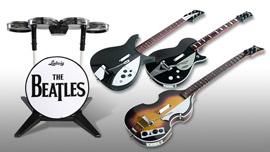 …and if you were at the Paul McCartney shows at Citi Field on July 17th, 18th or 21st – you may have rocked on the stage! 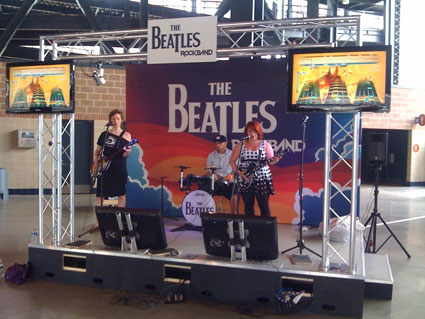 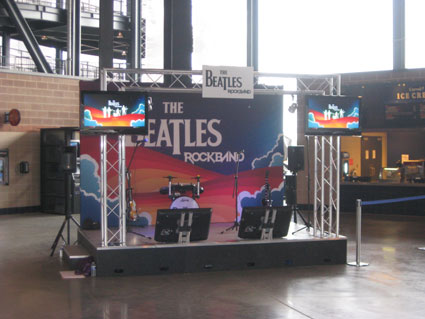 You’ll also have the chance to rock as John, Paul, Ringo or George at historic Fenway Park on August 5th or 6th. The stage will be set up at the shows – and you’ll have the chance to get up there and knock-out a killer rendition of “Helter Skelter”. How cool is that?

These stage sets are 8′ x 12′ and feature 4 LCD screens, a lighting truss and a full set of The Beatles: Rock Band gear.

Here’s a pic of Creatacor’s house band: “The Losers”, testing out one of our previous Rock Band 2 sets in our shop: 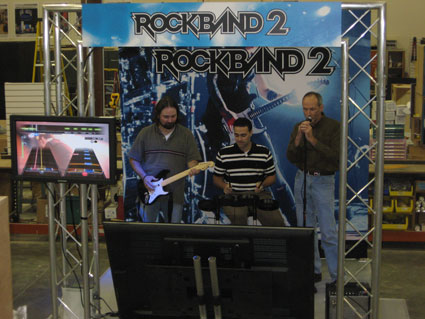 That’s me on guitar, Matt on drums and Rich on vocals. We rock like Air Supply.