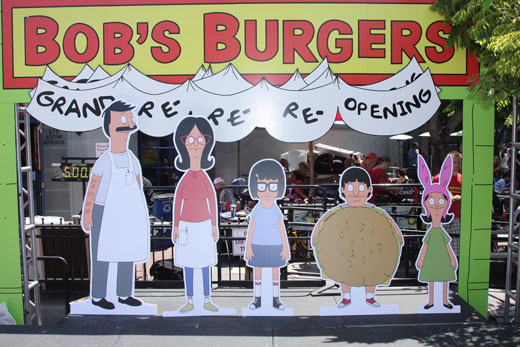 The custom shapes of the characters were CNC routed and graphically wrapped with printed outdoor vinyl. They were then attached to the stage truss to provide the backdrop for the main event: The Hamburger Eating Contest: 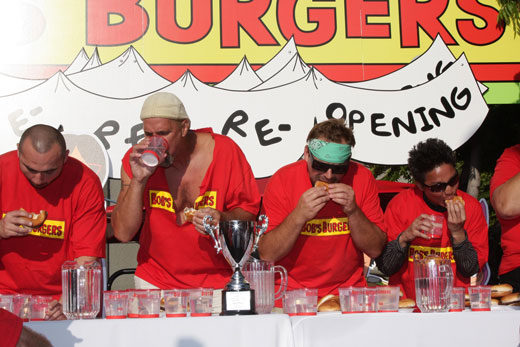 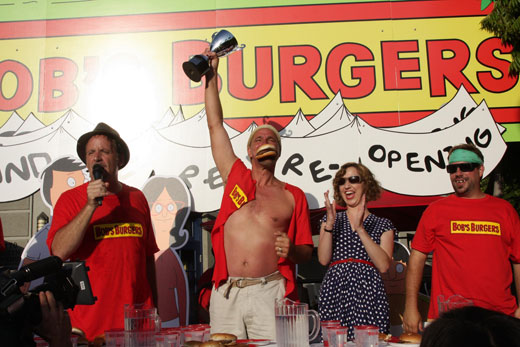