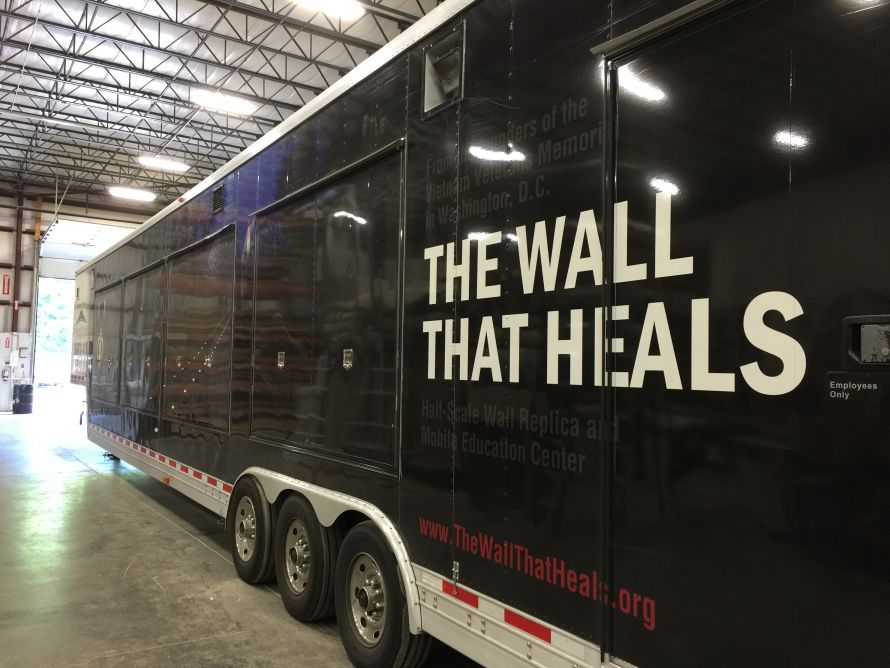 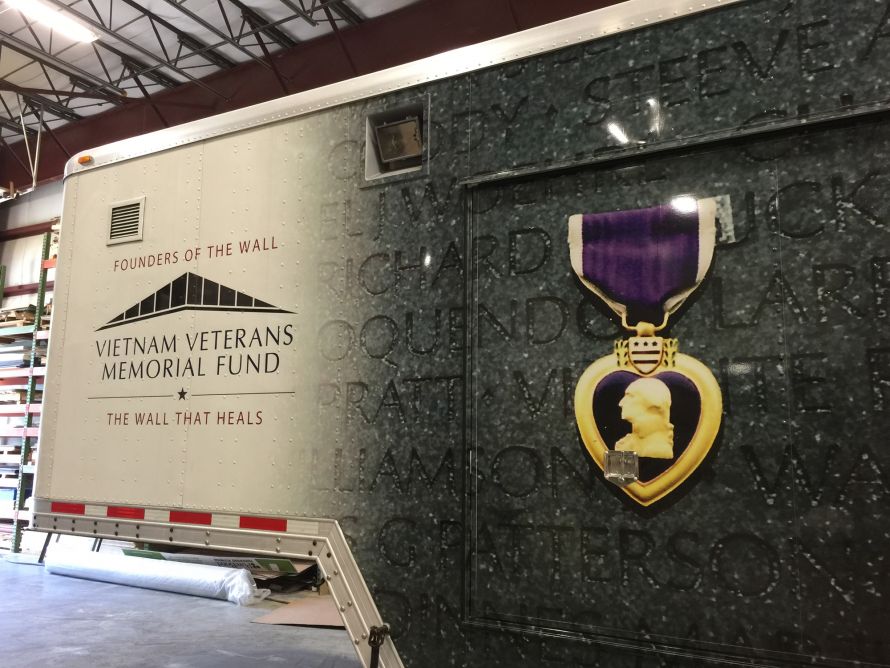 The mobile tour features a half-scale replica of the Vietnam Veterans Memorial in Washington, D.C. and  informational cases that display photos of service members whose names are found on The Wall, along with letters and memorabilia left at The Wall in D.C.

Creatacor worked with the VVMF to install 3 large screen monitors which will be used to display photos of Veterans. 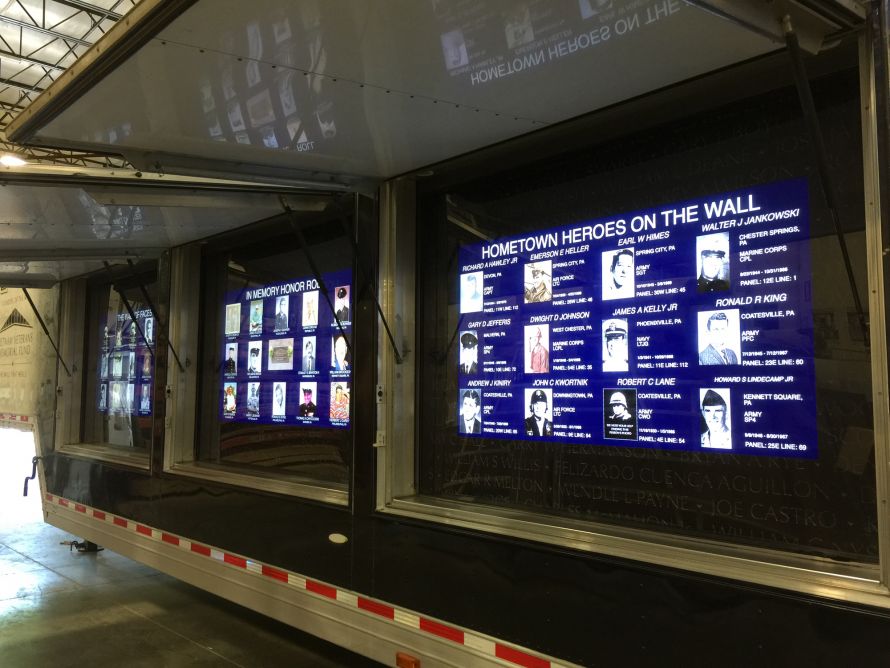 On the first screen, visitors will see “The Wall Of Faces” which includes photos of Veterans on The Wall that were born on the current day.

On the second screen, visitors will see “In Memory Honor Roll” which includes photos of Vietnam Veterans from the state of the current tour stop that have died as a result of their service.

On the third screen, visitors will see “Hometown Heroes On The Wall” which includes photos of Veterans on The Wall from the local area of the current tour stop.

The second half of the 2016 tour begins tomorrow, Wednesday, July 28th in Downingtown, PA. Check out the tour schedule to see if one of the 17 remaining stops will be near your town.