Creatacor and SoHo Experiential have teamed up once again with a major sprits brand to produce (3) beautiful 10’x10′ event sets. 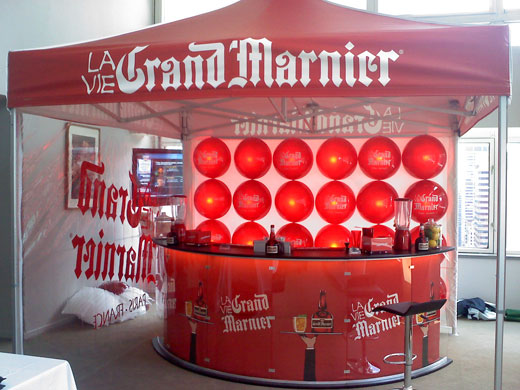 The sets consist of a 10’x10′ pop up tent, completely branded for Grand Marnier with a 24″ diameter ‘Grand Smash’ drink glass and straw mounted to the peak. The glass will even be lit for night time activations. 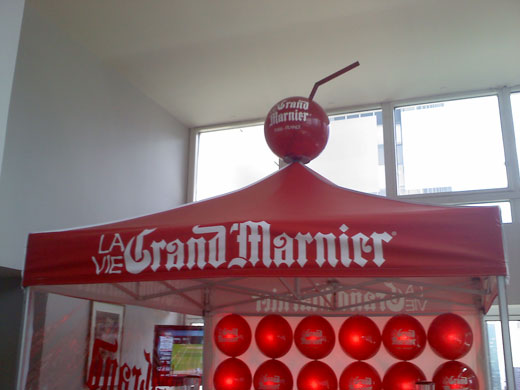 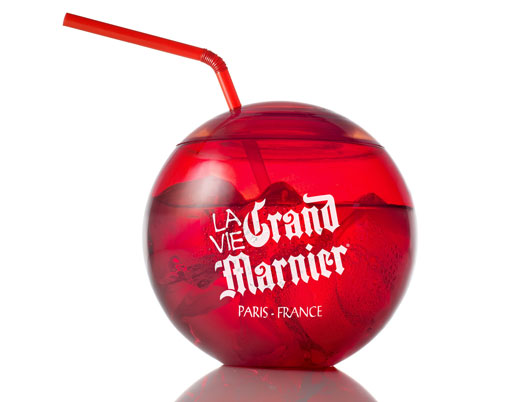 The inside of the tent is decked out with a beautiful half sphere back wall with Grand Marnier logos and lights. In front of that will be the cash bar complete with LED down lighting and acrylic face. This is where bartenders will be serving the ‘Grand Smash‘ and the ‘Grand Cran‘, two new drink recipes put together by the Grand Marnier team. 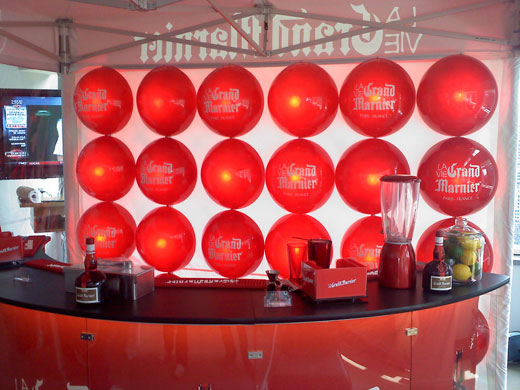 Video of the ‘Grand Smash’

If you are in the area you need to stop by and taste these cocktails! I can say from experience that you will not be disappointed. During the Creatacor training held at a swanky NYC Hotel, I had the opportunity to try these two new drinks and they both scream ‘La Vie Grand Marnier‘ the moment it hits your lips!!

Also be sure to become a fan of Grand Marnier on Facebook to keep up to date with what’s happening.