Comic-Con 2009 is right around the corner… The geeks (me) and non-geeks alike are eagerly anticipating new products, new ideas and super-special announcements from studios, publishing houses, toy makers and our favorite brands.

I’m wondering if the attendance of Russell T Davies (super-producer and fellow Welshman) and David Tenant (The Doctor) means that the rumors are true – and a Doctor Who movie will be announced!

Told ya I was a geek.

OK… Back to business. 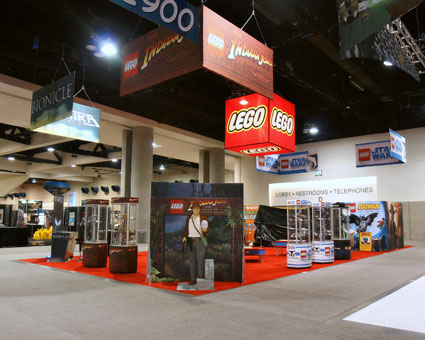 The 2009 LEGO exhibit will feature everything from BIONICLE to Star Wars’ Captain Rex to SpongeBob SquarePants to characters from the upcoming 2010 Disney product lines. A LEGO Master Builder will also be on hand working with attendees to build a LEGO mosaic.

Rich (the guy meditating on our blog page) will be on-site – and he promises a full report when he returns. While the purpose of attending the event is to ensure that LEGO has a great show, Rich says he hopes to also be interviewed and embarrassed by Triumph the Insult Comic Dog