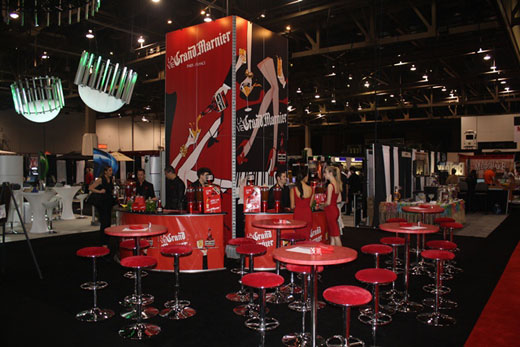 The center of the exhibit featured fully branded matrix walls in a tower configuration. We were also able to reuse the bar area constructed last year as part of Grand Marnier’s “Grand Smash” promotional event sets. 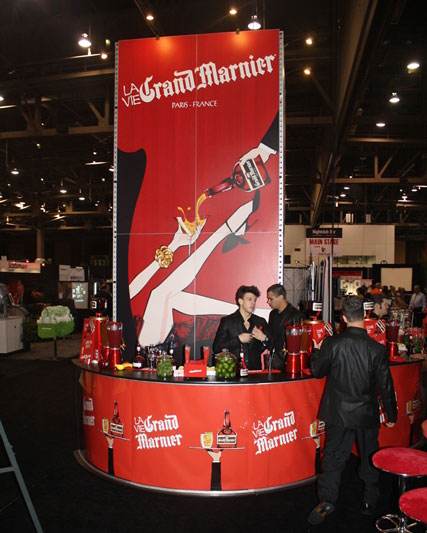 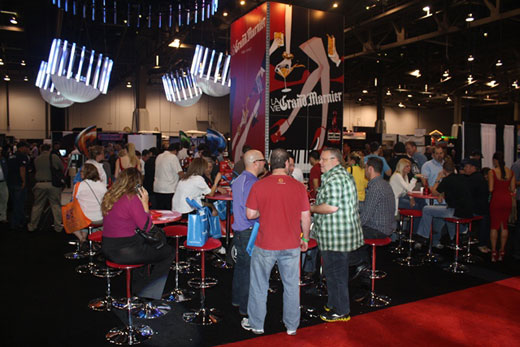 As you can see, they had a very popular exhibit!

We were happy to once again work with SoHo and Grand Marnier on another successful project!