Comic-Con 2011 officially opened last week with the PA announcement: “There is no running in the convention hall. Please walk to your destination.” A full year is a long wait for the Comic-Con fans and they could not wait for the doors to open.

The Creatacor & LEGO teams had the LEGO booth ready for the opening and it was another great opening day. 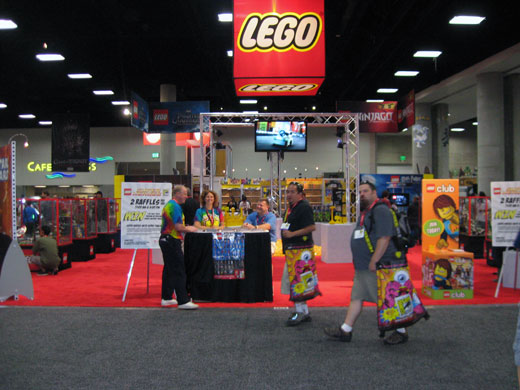 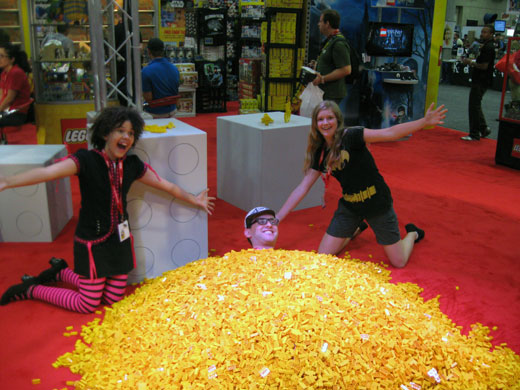 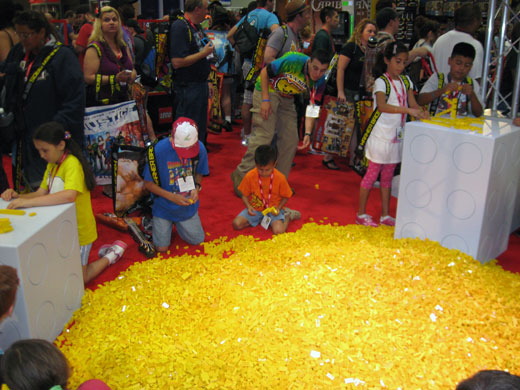 The LEGO booth featured eight new showcases filled with product line themed sets that were amazing creations from the LEGO model shop and one very cool set that was created by the AFOL (Adult Fans of LEGO) team. 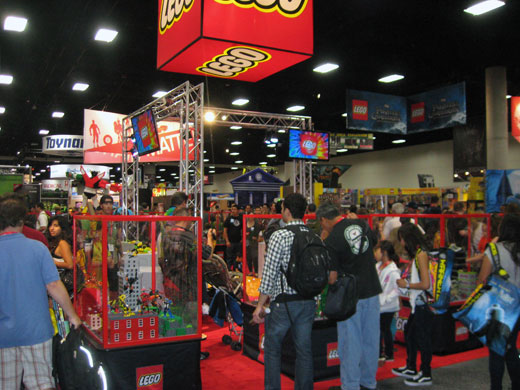 The booth had a store that was stocked with a huge selection of LEGO products including Comic-Con exclusives. The booth also had very cool LEGO models on display which were built by the LEGO model shop team.

New products on display included new lines of Marvel Comics and DC Entertainment Super Heroes, which will be launched in 2012. Figures from both new lines were displayed with 3,000 exclusive Batman and Green Lantern LEGO mini figures, which were given to the Comic-Con fans. 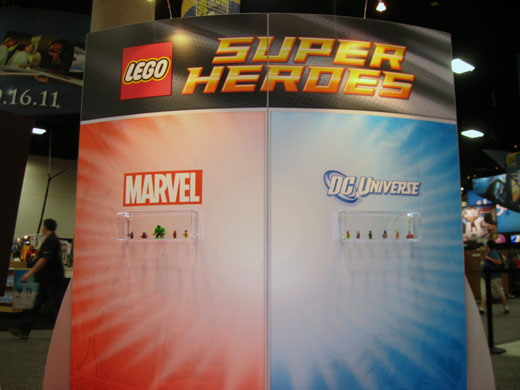 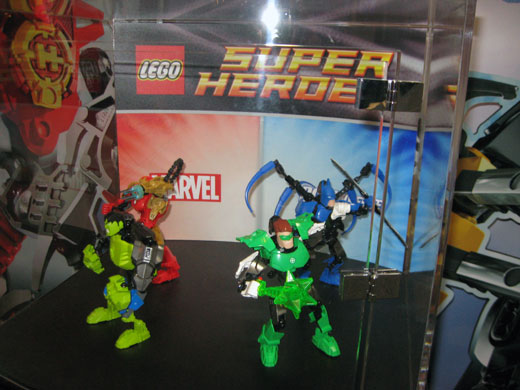 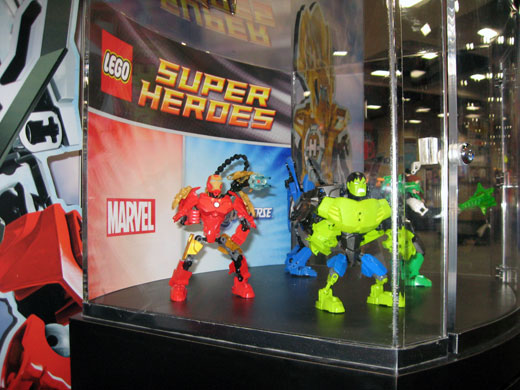