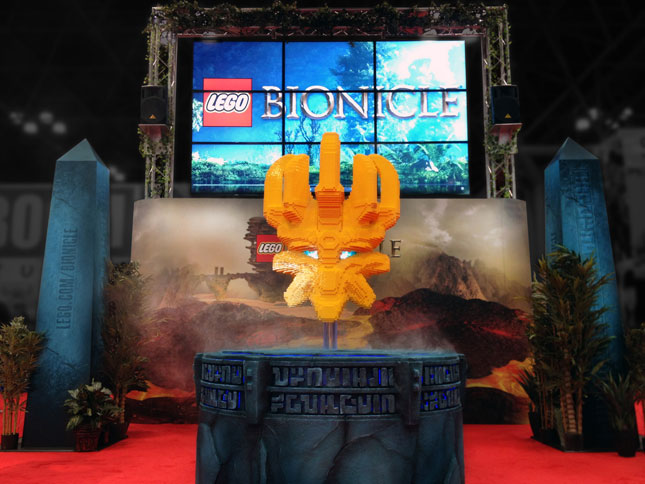 Creatacor also produced four 10′ monoliths and a back wall with an awesome LEGO BIONICLE graphic wrap. A 20′ LEGO BIONICLE sign was suspended over the booth and a video tower with nine 55″ LED monitors ran the new LEGO BIONICLE animation for the 150,000+ attendees: 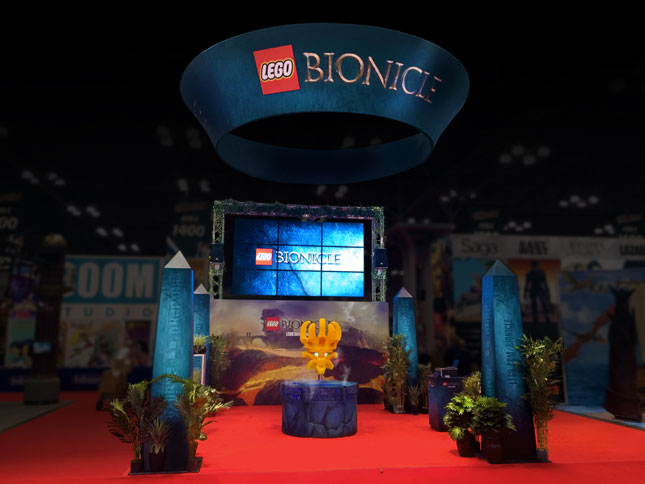 A quick video close-up of the altar:

Also, check out this article on Fortune.com: “LEGO brings back an old hit from its toy box” which contains a great behind-the-scenes video of the LEGO model shop including interviews with Master Builders.