LEGO Systems, Inc., makers of the world’s leading construction toys, unveiled their largest collection of toys ever, with over 200 new products at the American International Toy Fair in New York City.

This years booth featured a video wall which ran an awesome LEGO video that was not only very cool but if you weren’t careful you’d find yourself dancing to. 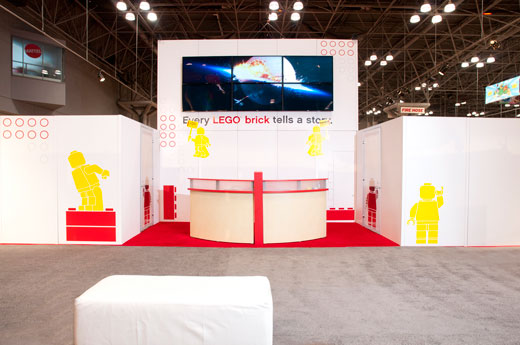 The two front corners of the booth had a LEGO Olivia model and a Super Heroes LEGO mosaic that were built by the LEGO Master Model Builders. 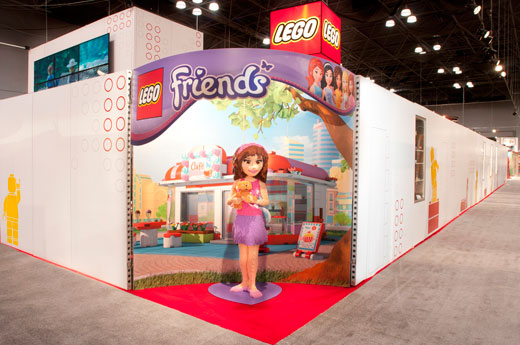 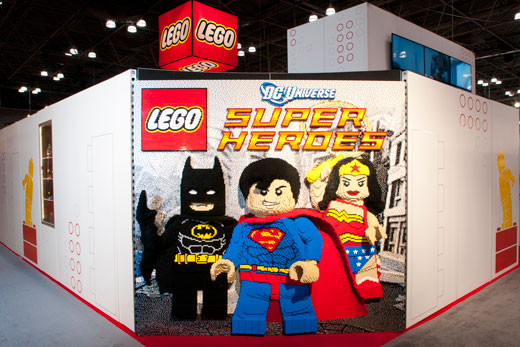 Another awesome model that the LEGO Master Model Builders built was The Hulk which was on display in the lobby of the convention center. 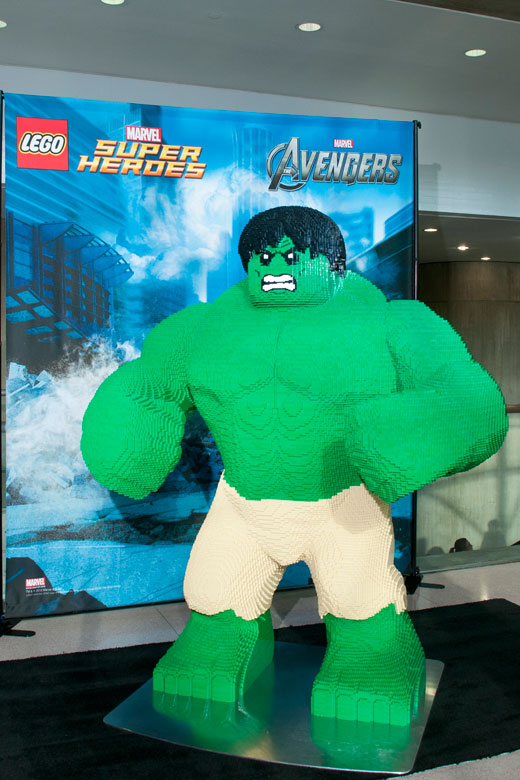 [ Editor’s Note: Apparently, the LEGO Hulk was so terribly exciting, Rich had to rip off his shirt and show us his guns. – jj ] 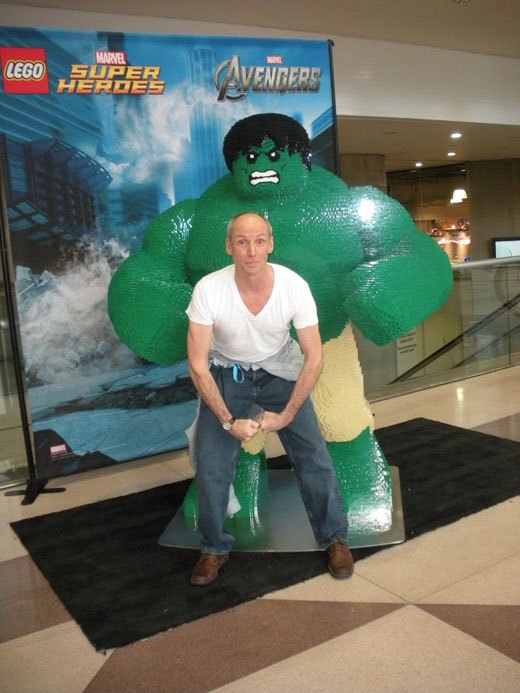 The LEGO people and their products are an inspiration. And yes, designing, building & setting up their exhibit is as cool as it looks.