LEGO KidsFest was in Milwaukee, WI last weekend so I decided to stop in to take part in some of the fun and see some of the work Creatacor has done for the tour. I went for the Sunday morning session and it looked like the Dads in attendance were having one of the best Father’s Days possible. While I don’t have any kids to take just yet, I did take my husband and we definitely had a good time!

Our first stop was a visit to the Models where I posed with just a few that were there. 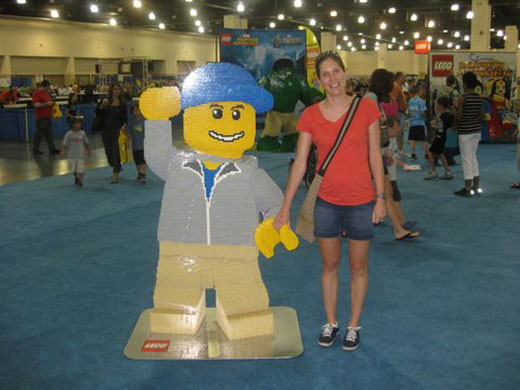 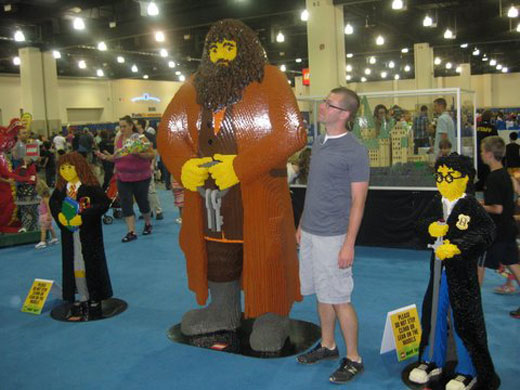 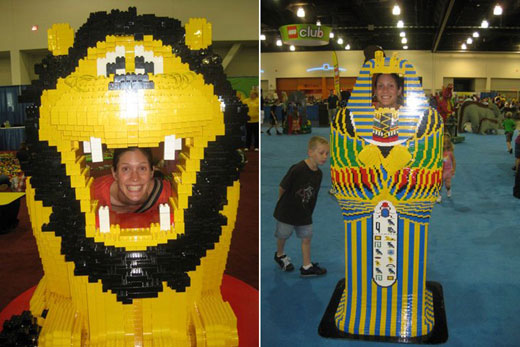 Then we moved on to the Art Gallery where I showed my Missouri Tiger pride by creating a MIZZOU themed creation. 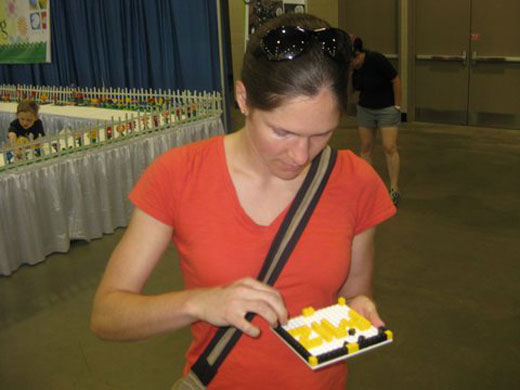 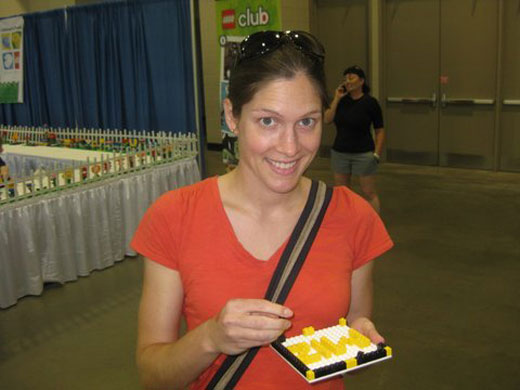 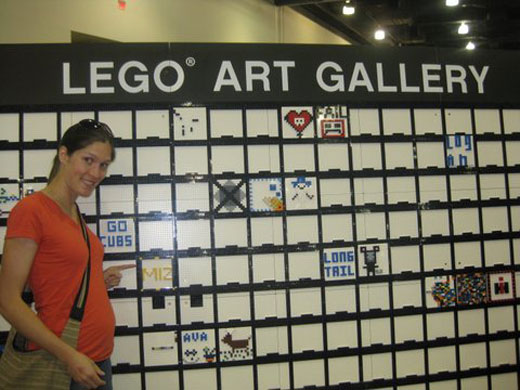 After playing in the Creatacor-designed & fabricated Monochromatic build area, watching a video on the brand new Video Tower (also by Creatacor!) and checking out some spinning Ninjago action we made our way over to the bridge competition that was in progress. There was a very proud group of kids who watched their bridge hold up to 45 lbs. before breaking under the final weight of 50 lbs.

We wrapped up our morning by adding a piece to the Creation Nation. I call this piece “robot on jetski”: 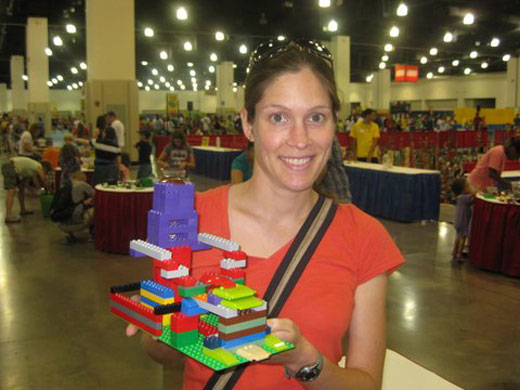 Here is some TV coverage from the local Fox station in Milwaukee:

The first LEGO KidsFest event debuted in Hartford in 2009 and has since grown into a multi-city event every year since. The next stop for LEGO KidsFest is August 31 – September 2 in Austin, Texas.