Some of America’s most famous landmarks are temporarily moving to Crossgates Mall – or at least, their LEGO replicas are. The LEGO Americana Roadshow, presented by MVP Health Care, is a free traveling roadshow stopping at Crossgates on February 9-24, 2019, marking its first Upstate New York appearance for the 17-day interactive exhibit.

Anchoring the festivities are ten large-scale replicas of iconic American buildings, made completely out of LEGO bricks, by LEGO Master Builders. Landmarks include The White House, U.S. Capitol, The Statue of Liberty, The Liberty Bell, The Lincoln Memorial, Jefferson Memorial and more. 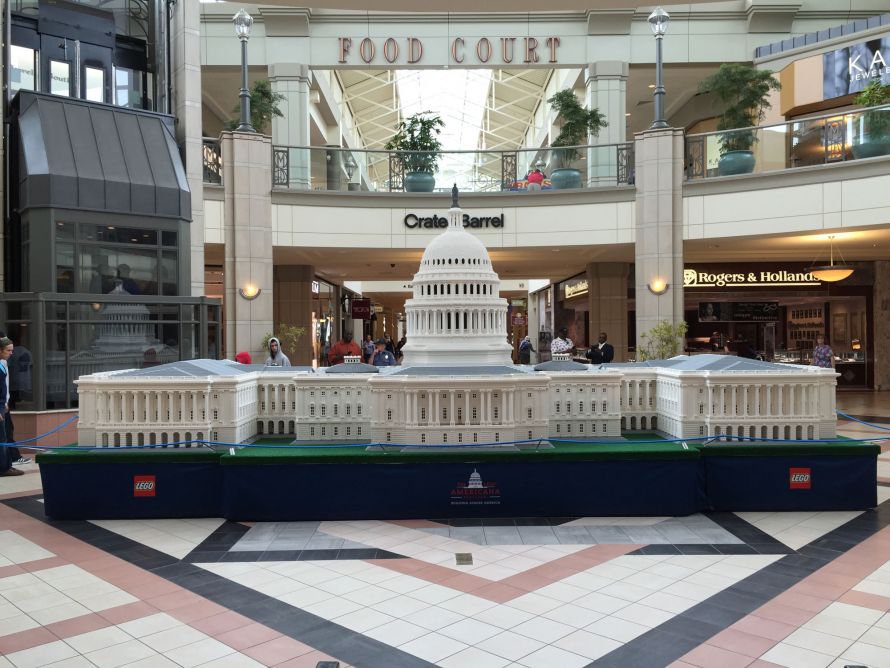 Along with the models visitors of all ages can enjoy a range of activities and contests available:

• LEGO Brickscapes will be placed throughout the mall and feature an intricate level of detail and creativity in the six themed landscapes, such as Mount Rushmore and “Good Earth Mall”.

• Follow the Map Find the Model activity where attendees will receive maps which guide them to different display locations to answer questions. Participants will receive a free LEGO Americana collective card pack (while supplies last) when turned into the newly opened LEGO Store.

• Statue of Liberty Make & Take Build will take place on Saturday 2/16 and Sunday 2/17 from 12pm to 4pm and located on the first floor in front of Dick’s Sporting Goods. The first 5,000 visitors will receive a free Statue of Liberty mini-build.

• MVP Healthcare Guess the Number of bricks contest will offer a chance for participants to win a different prize daily. Each day a new model will be featured as the Guess Number of Bricks featured model. Prizes to include gift cards, LEGO sets, and more.

• (30) Retailers around the mall will be displaying creations that represent their locations. Look for the “Golden Brick” sticker to find participating locations to see what they have created. 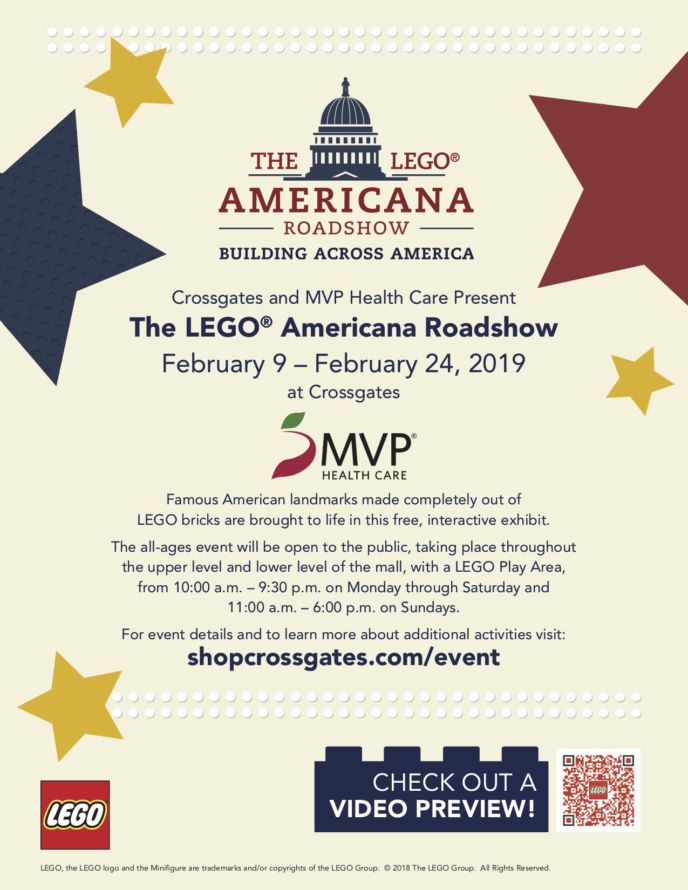