To announce the combination of their mileage award programs, and to reinforce all of the services that Virgin Atlantic, Virgin America, and V Australia provide to business travelers around the world, an invitation only party was held during the National Business Traveler Association trade show and conference. Producing the event for Virgin was the team of John Larson, Business Development Manager and Lora Kanetzky, Account Manager, who have both been representing Virgin Atlantic’s trade show and event marketing programs for over ten years.

The airlines hosted the party at Venue night club, an upscale club nestled in the center of downtown Houston. Sleek black custom tour buses provided by Tristar Worldwide Chauffeur Services dropped off the guests at the VIP check-in. 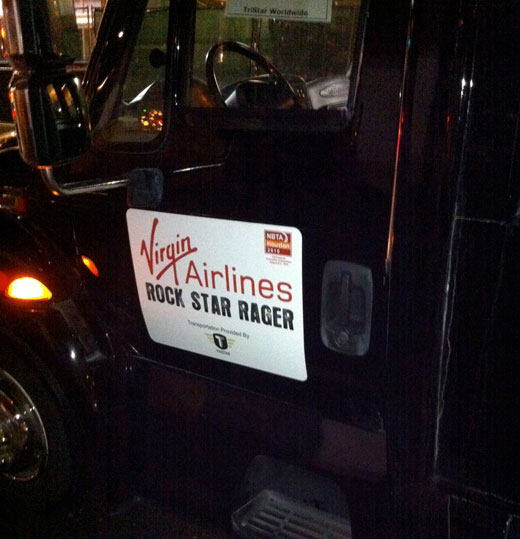 Upon entering, the guests were treated to signature cocktails from each of the three airlines onboard offerings: Virgin Atlantic’s Love Potion, Virgin America’s Flydealist and V Australia’s Down Under Lolli. As the guests gathered in the lounge, they were able to sample delicious appetizers or get wild and crazy in the custom photo booth or the airbrushed tattoo station. 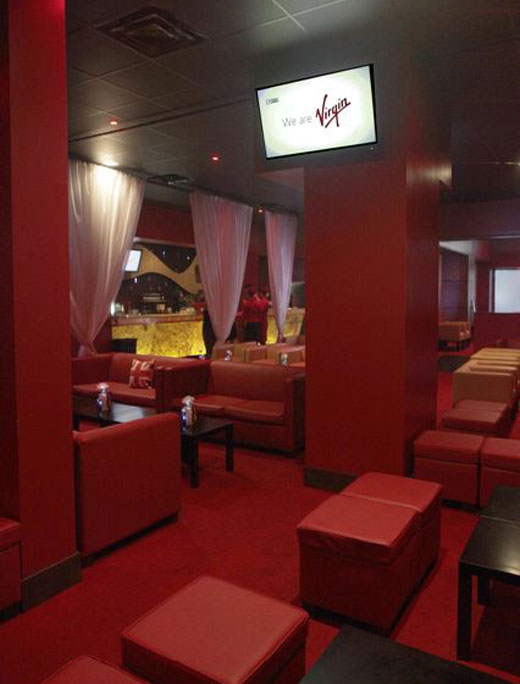 As the lounge reached maximum capacity, Sir Richard Branson was escorted through the check in surrounded by his flight attendants. As he greeted his guests, and stopped for many photographs, Venue staff slid the back wall of the lounge out of sight revealing a huge concert space that was set up for the night’s entertainment- the legendary Australian Rock Band INXS. Sir Richard entered the stage and welcomed his guests. INXS took the stage and provided the crowd with a high-energy concert filled with their greatest hits and left everyone cheering for more. 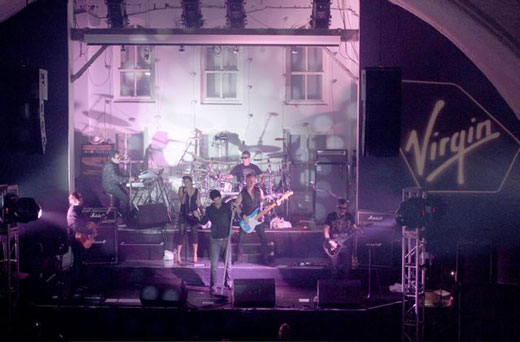 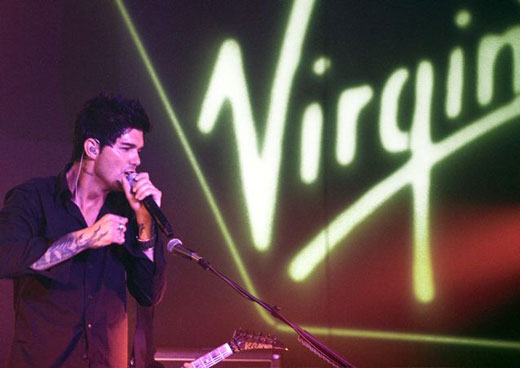 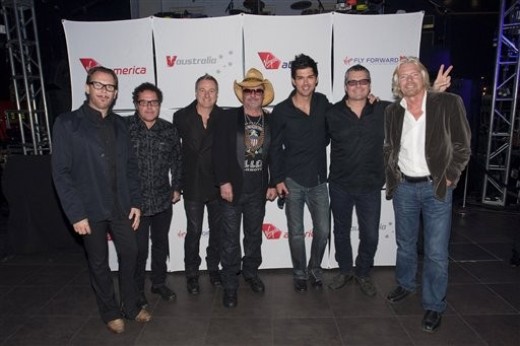