It was a big event for runners and volunteers at the 20th Anniversary Disney Marathon, which took place this weekend. For the past several years, Tom Lemery, Creatacor President & CEO and is wife Gail have participated in the several walks and marathons hosted at Walt Disney World in Orlando each year. Being the 20th marathon at Walt Disney World, the event was quite special, with 95 runners attempting to complete their 20th consecutive Walt Disney World Marathon. 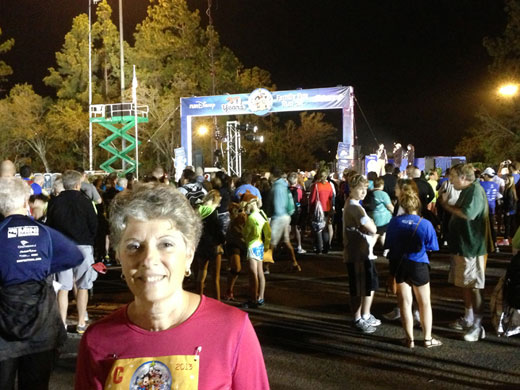 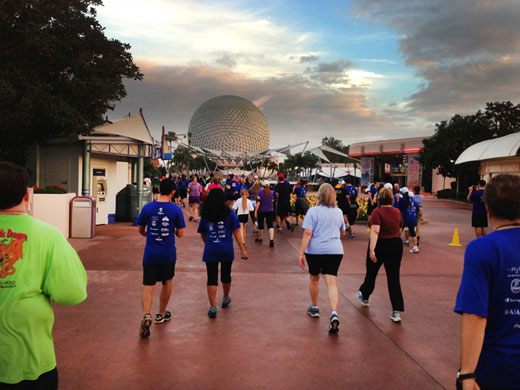 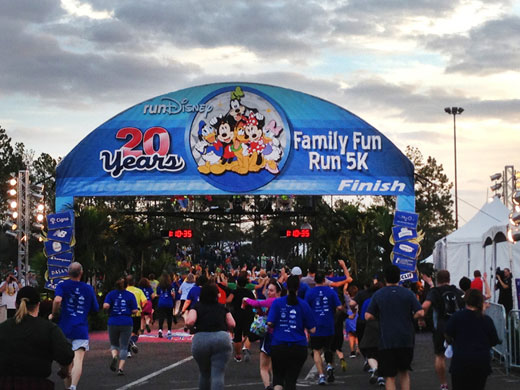 It was also a milestone for Gail and Tom as they completed their 14th 5K run at EPCOT, which benefitted the Leukemia & Lymphoma Society. “It’s a great opportunity for us to support such a worthy cause, stay in shape, and experience some Disney Magic. ” Tom said. When asked, Tom would not tell us how long it took him to “run” the 5K but did reply: “I would call it; walking fast as opposed to running.” as he chuckled. 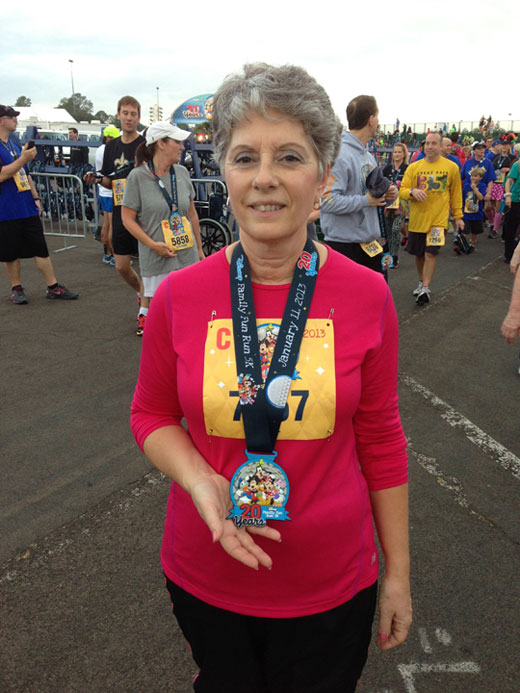 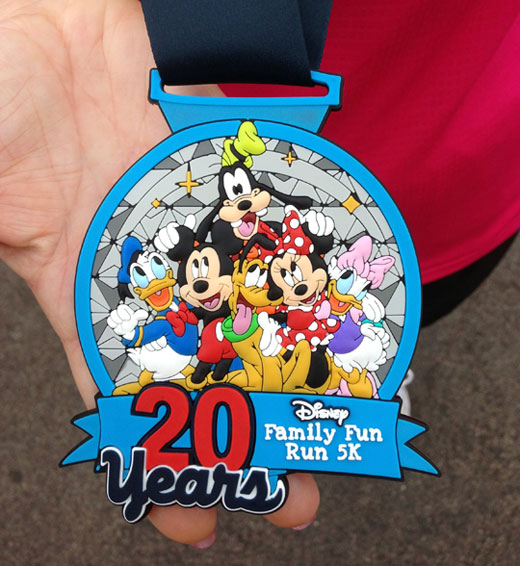 Gail and Tom also volunteer their time to assist Disney Cast Members and race organizers with the different race activities. This year they were assigned to work the kids races, which took place on Saturday at Disney’s Wide World of Sports complex. Nearly 5,000 kids of all ages competed in several races including the 100, 200, and 400 meter runs as well as a 1 mile run. There was even a “diaper dash” for toddlers, who were asked to crawl about 20 feet from one parent to another. Of course, Mickey Mouse was there cheering them on all along the way. One dad, who’s son wandered off his assigned lane in an effort to meet Mickey up close and personal, said; “I think my son is more interested in going to Mickey Mouse than he is in me!” as he laughed.

The next Walt Disney World 5K for Tom and Gail will be Disney’s Princess Half Marathon Weekend event in late February at EPCOT again, as they will go for their 15th souvenir medallion.