Skip to content
Home › Blog › State of the Exhibit Industry

Aleta Walther has written an article for the December issue of Exhibit City News entitled “State of the Industry: belief and hope for recovery“. She discusses the impact of the recession on the exhibit industry while examining a recent Center for Exhibition Research (CEIR) report that may show that the industry is lagging behind the broader economic recovery.

Aleta also speaks to numerous executives in the trade show industry, including Creatacor President & CEO, Tom Lemery. Tom talks about what we’ve experienced here at Creatacor in 2009, and how we’ve worked with our customers to get the most out of their exhibit budget. 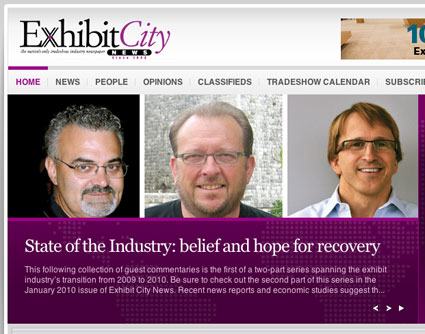 Part 2 of the article will be published in the January 2010 issue.