LEGO Systems, Inc. celebrated its largest ever San Diego Comic-Con presence by inviting attendees to help build giant mosaics in their booth each day that featured LEGO THE LORD OF THE RINGS™, LEGO THE HOBBIT™, LEGO Super Heroes, LEGO Star Wars™ and LEGO NINJAGO. The booth also had a towering video wall that played many LEGO videos featuring their awesome product line: a preview of short videos for LEGO THE LORD OF THE RINGS™ that are scheduled to air on Cartoon Network, a sneak preview of the latest LEGO Star Wars episode slated to air on Cartoon Network and video of one of the most successful LEGO play themes ever, NINJAGO, which the animated series NINJAGO: Masters of Spinjitzu airing on Cartoon Network is based on. 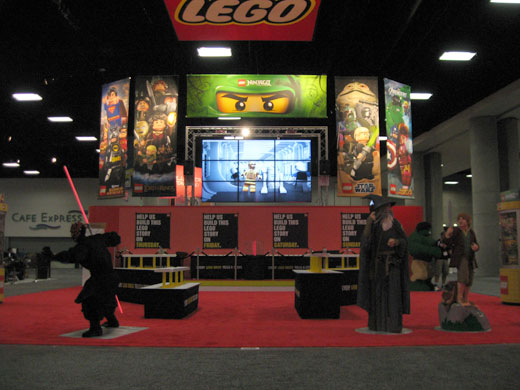 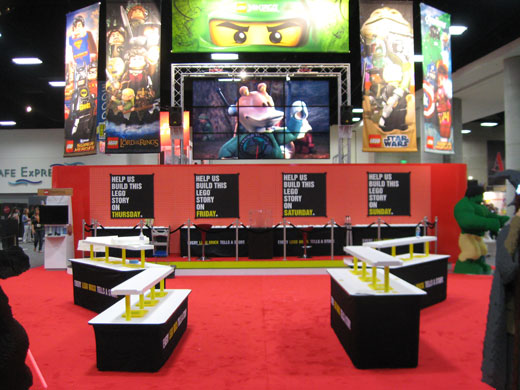 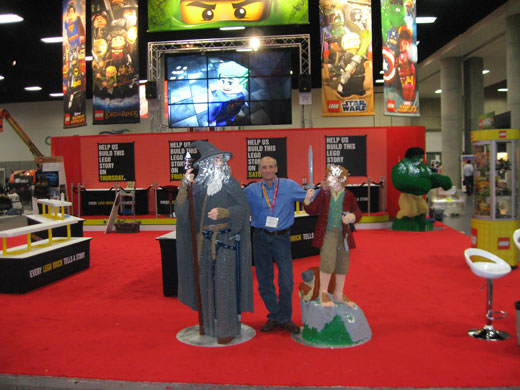 The booth included custom “free build” tables that were filled with LEGO products so attendees can build their own LEGO creations. The booth also had a LEGO store that was packed with attendees purchasing show exclusives as well many of the great LEGO product lines. The booth was an entirely new creation this year and it was another great pleasure partnering with the LEGO team to design and produce another amazing LEGO booth. 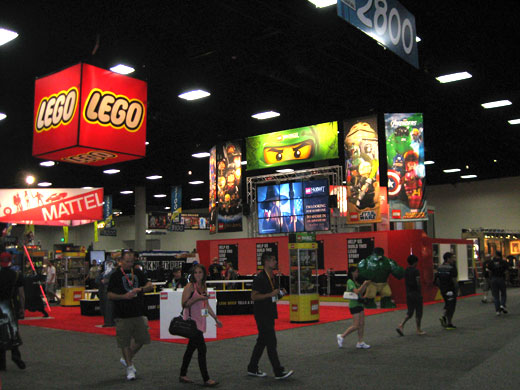 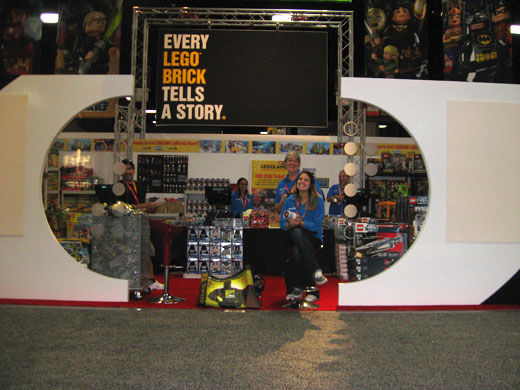 Comic-Con has just ended, but we’ll see you in another amazing LEGO booth in August at Star Wars Celebration VI in Orlando, FL.