LEGO® joined Lucasfilm last week at Star Wars™ Celebration in Orlando, Florida to celebrate both the 40th anniversary of the original film, “A New Hope,” and the upcoming film, “The Last Jedi”.

LEGO had both a Main Booth and a “Building Bay” at the event. The booth included the LEGO Star Wars “MASTER YOUR FORCE” activity, where fans were able to build and display their “FAVORITE MOMENT from a galaxy far, far away…”. The booth also had awesome LEGO Star Wars sets on display and a LEGO store that had fans lining up hours before opening every single day of the four-day event! 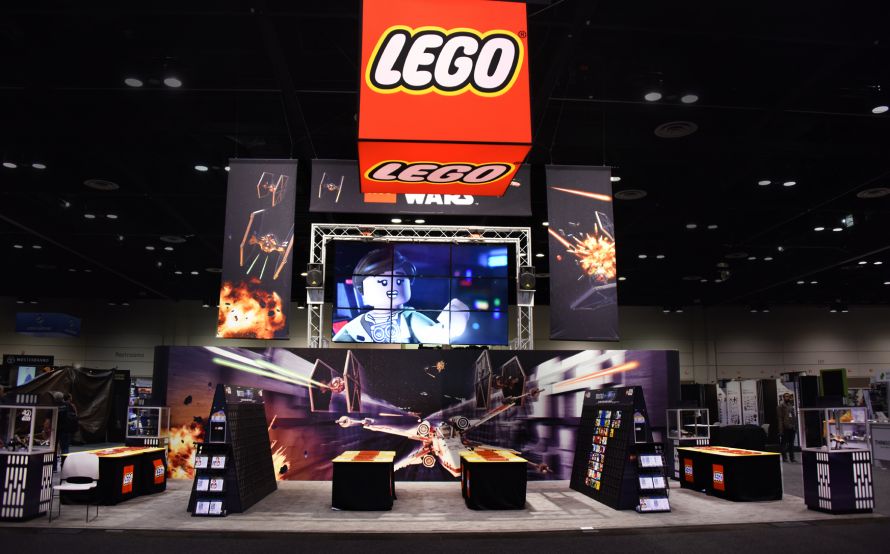 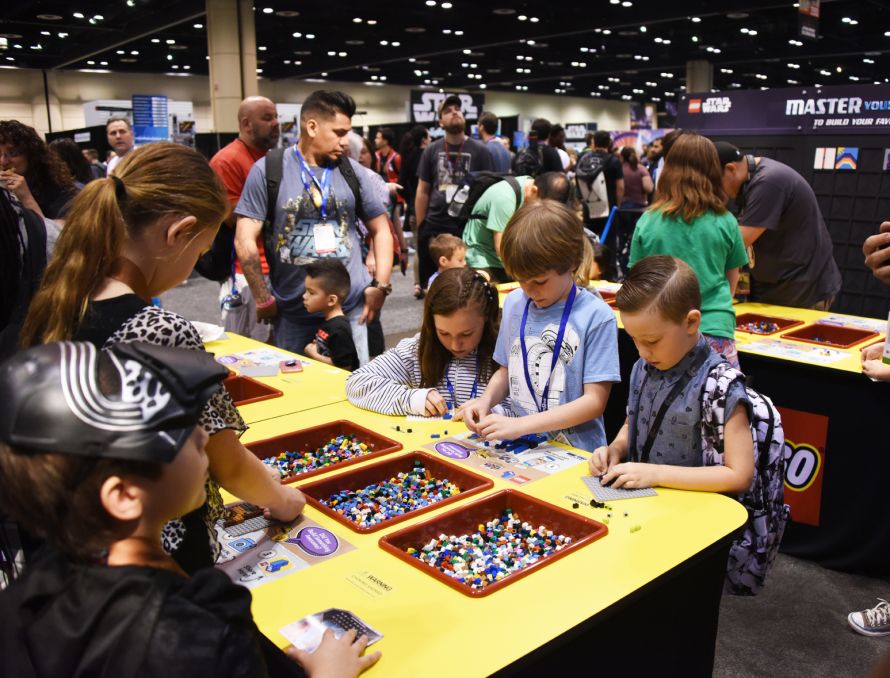 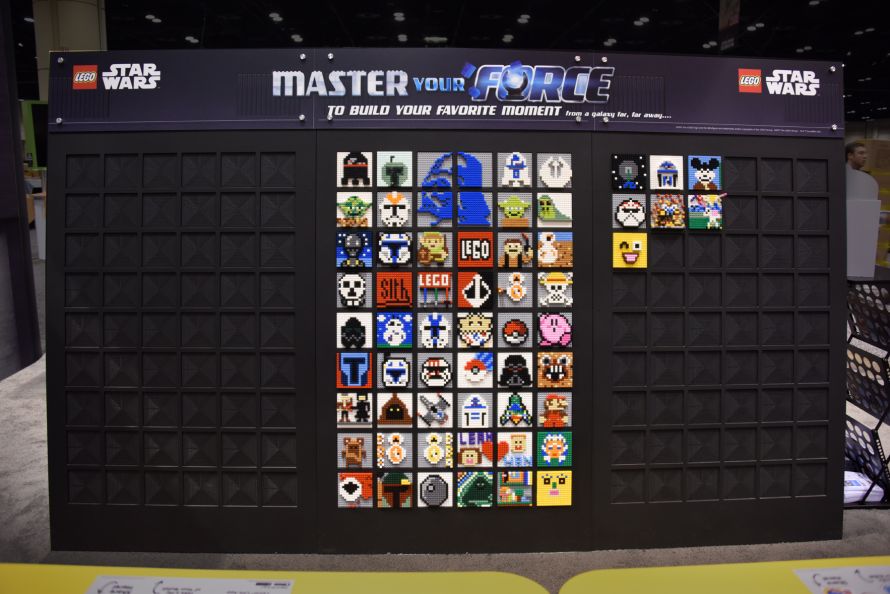 The LEGO Star Wars Building Bay had seven, amazing, life-size LEGO Star Wars models for fans to check out, all built by the LEGO Master Builders in the US LEGO Model Shop. 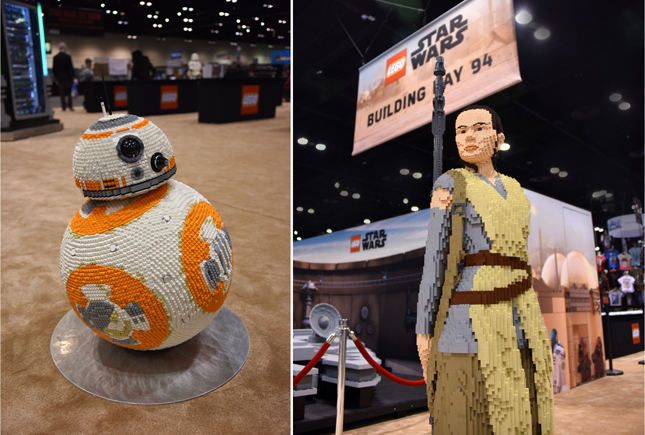 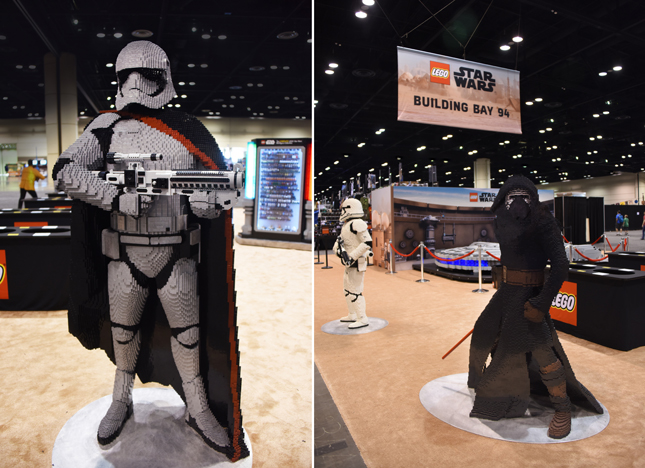 The Building Bay also offered the ultimate LEGO Star Wars experience as fans got the opportunity to work with LEGO Master Builders building a 16’ LEGO Millennium Falcon and build their own “Micro” Millennium Falcon to take home. 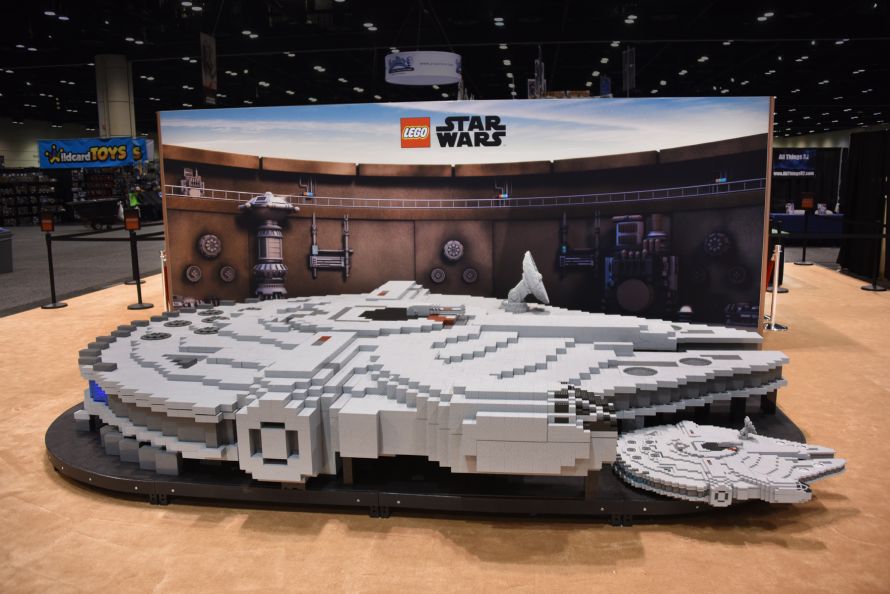 Video from SyFy Wire at the Millennium Falcon build (at the 1:30 mark):

Building experiences with LEGO is among our “Favorite Moments” and we look forward to more to come!

Additional photos of the event can be seen in the LEGO Systems, Inc. – Star Wars Celebration Flickr album.